If you have been playing Gears of War a lot, you might have by now been hooked to it just like an addict. Of course, the entire is understandably addictive with all those Delta Squads and Locust Hordes fighting it out on planet Sera to save humans. Here is an amazing Xbox 360 Case Mod which has been inspired by Gears of War and looks pretty deathly. 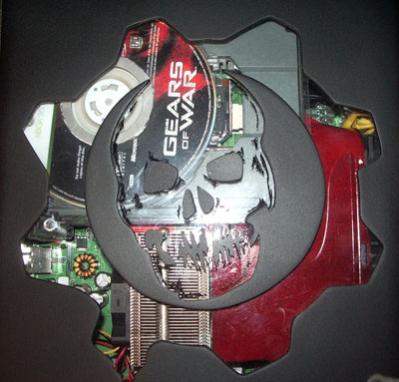 With a reddish skull etched on the console’s case and with some scarier illustrations which divert your mind from the game to the console’s exterior, the Gears of War Xbox 360 Case Mod is the result of “grim_d” and his hard work. You can’t but appreciate the cool color combination of black and red which signify for death and danger respectively. 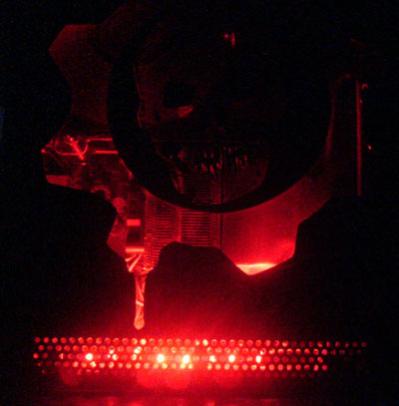 Moreover, the Xbox360  case mod looks pretty evil and wicked, leading you to believe the locusts would finally get the better of human beings and their protectors. The striking feature of the case mod is its trademark red LED lights which light up the whole console in a devilish and outlandish red glow. It makes you feel like you are on the red planet of Mars! 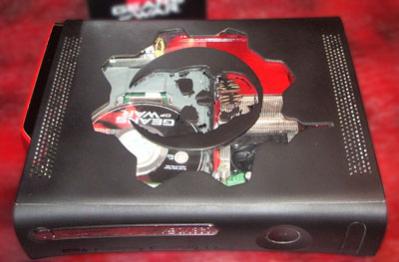 If you are not too much into blood and gore, you should swing your hips to the Hip Hop Xbox 360 Mod while the Sexy Xbox 360 Case will be just right for all those glamor seekers. If you prefer some kick ass Tomb Raider case, you should check out the Lara Craft Xbox 360 Case Mod. In any case, I would still go for this bloody scary Gears of War Case Mod which is a class of its own!