Pin Point really hit the Bull’s Eye with his new Xbox 360 casemod themed on the video game Half Life 2. The new mod is as sharp as the name of it’s creator, what I mean to say is that it’s simply striking! 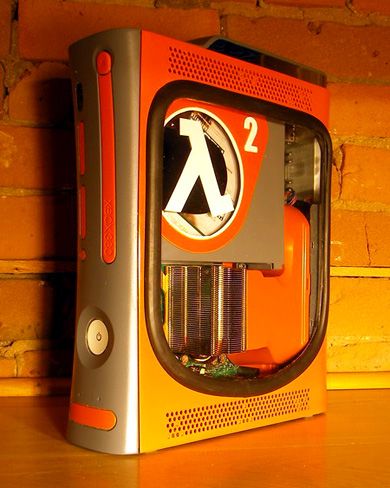 If you are a Half Life-2 fan then this is the perfect Xbox 360 mod, just to set your mood right for gaming. The mod boasts of an awesome paint job by Pin Point himself, which is very much evident from the pictures. The Xbox 360 mod has a massive window cut in the top, and a further window added over to the DVD drive. It also sports an awesome Half Life logo on either sides, adding more to it’s charm.

Obviously this game console mod has left it’s mark in the minds of every one who have been witness to it. The amazingly simple design and some really great paint work give this new mod a charm like none other. 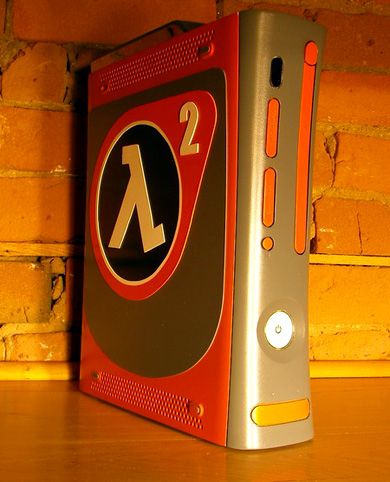 I say that Pin Point really deserves huge appreciation for his hard work and effort he put into this piece of art. Personally I feel that this is one mod that is going to stay in the minds of all Half Life-2 fans and eventually make it to the gaming consoles of some.