The Xbox 360 doesn’t sports the best design to compliment your accessories in the room and this do-it-yourself mod has tried is level best to ensure that Xbox looks chick. Yes, the sleek black mod offered by XCM is actually a do-it-yourself kit that comes packed with all the tools and accessories required to dissemble, replace the parts of your conventional Xbox and reassemble it, all in about 15 minutes to ½ an hour. The only and the worst drawback in this case is that you void your warranty by opening your Xbox case. 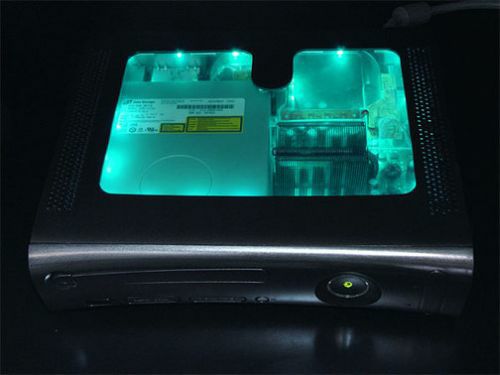 The all black mod has a massive acrylic window in its side, making nearly all the components of the Xbox visible to us. The true power of the mod is seen when there is no light; the mod glows in six different colors with the help of LED lights. You can stop the cycle at your favorite color, or you may let the pattern continue if you are not able to make up your mind. There is also an illuminated Airtube piping that replaces your fan shroud. The kit come with anything and everything needed to give your Xbox the much needed makeover, including the faceplates, DVD bezel, eject button, all the case opening tools and the air tube with built in LEDs. 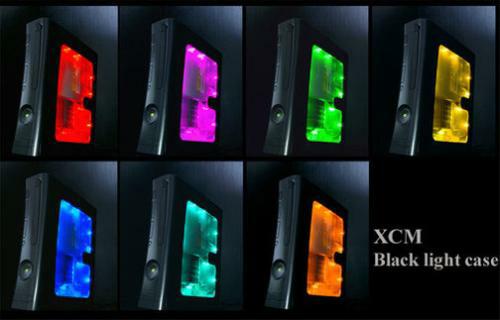 It’s not bad for a price of $90, because, even if you don’t like the mod, at least, you get to know the basics of modding, what say? But, I would like to give a word of caution though: don’t go for it if your Xbox doesn’t have a HDMI port, as this mod doesn’t fit on the older Xbox models. Other eye catching Xbox mods that you might like is the Alligator Skin Xbox 360 mod and the water cooled Xbox mod is a proof of advancing science and technology.