Gears Of War-2 was certainly a mind blowing gaming sequel to it’s predecessor. But sadly this new mod themed on the cool game could hardly stand up to the fame and appreciation the actual game received. 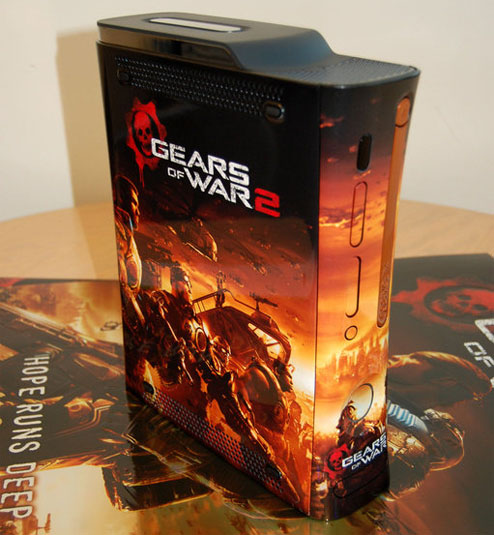 All the Xbox 360 mod has got is a really awesome paint job, much portraying the game. Having seen many different Xbox mods that were themed on the wide variety of games, this could simply not compare to the charm others had!

Although the mod is pretty much a shell with a superb paint job, I feel that it may not really attract the attention of any Xbox mod collector, but the mod actually looks very good on the outside thanks to some awesome graphics and a really well suited background.

A must for the fans of Gears Of War, I feel that not many may appreciate the work on the mod as much as any real fan would do. But I do admire the amount of effort and detail that can be seen in the mod.

Something for all the fans of Gears Of War, I hope that many better mods might be coming out really soon, so keep tuned on to this space for any further developments.