After a solid year of delays, the multi-platform title Dungeon Defenders finally made it’s way to the Xbox 360 this week, and we’ve got some first impressions for you. 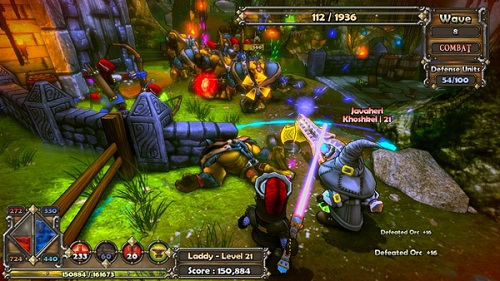 Combining popular elements of hack and slash action RPGs with tower defense style game play, Dungeon Defenders is a mix between the two genres, and after playing around with the title for a few hours, it seems to be a solid mix.

Players are tasked with defending a crystal located at the center of each level from increasingly difficult waves of enemy attackers seeking to destroy it. There are a total of four different and unique character classes that a player can choose from, each with different abilities and towers.

Two of the character classes are more ranged focused, while the other two are close combat specialists. However, this doesn’t exactly mean that players will be very restricted in their selection, as they gain increasingly more numerous points to distribute amongst their stats once they level up.

In each stage of the game, players have to strategically set up towers at key locations around the maze like maps with towers and auras to slow down their enemies. 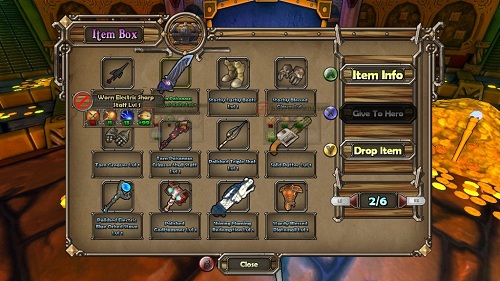 The key part is deciding when to hang out around the towers, upgrading and repairing them with mana spilled by downed enemies, and when to go off alone hunting down the stragglers from each wave. Leaving towers too long can lead to them being destroyed, but going out on your own means you might have to spend precious mana healing yourself.

Like most action RPGS this game has tons of loot to find and equip, and even has a pet system where you can have a companion that boosts your abilities and attacks enemies as well.

The game offers a series of 15 levels, with an additional 30 challenge maps where the players have different objectives, and even a last-as-long-as-you-can survival mode.

The game supports 4 player coop either locally or online, which is great for this style of gameplay (we’re looking at you Torchlight!). If you are looking at getting this I would recommend bringing a friend, as the final wave of some levels can get pretty tough, especially when massive near indestructible ogres spawn and soak up most of your towers’ fire.

In other news, check out Saints Row: The Third – A Jest during Fierce competition and the Top 10 Zombie games on Xbox 360.