We have seen many games dedicated to guitars and rock bands, but DJ Hero is the first game that was specifically targeted at disc jockeys and at those who love to “scratch” the turntables. It was released by FreeStyleGames and was published by Activision and released on the 29th of October. The game involves scratching the turntable so that remixes of songs are enhanced and that is how the player wins points. 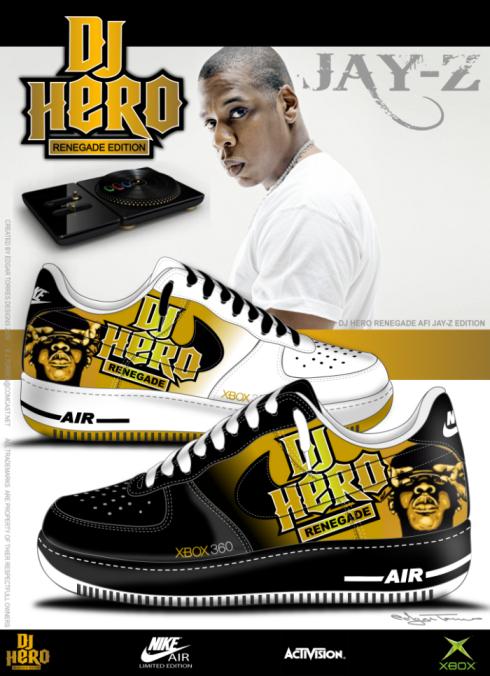 Edgar Torres was inspired by the DJ Hero game and he decided to come up with a collaborative sneaker effort between Nike, Xbox and DJ Hero. This means, if Edgar’s concept works, you would get Nike Shoes which are targeted at Xbox users who specifically love DJ hero. The DJ HERO vs NIKE AF1 Concept by Edgar Torres comes with artists like Eminem, which would be really popular with all those who love rap music. 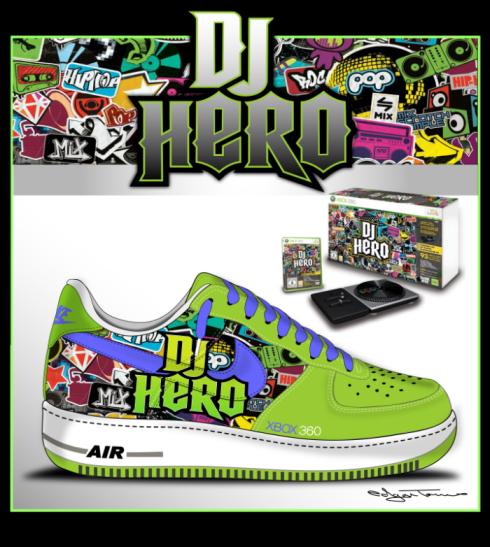 The Nike Air shoes feature Eminem on the sides and DJ Hero, Xbox and Renegade inscribed on them. There is also the Jay-Z sneakers which also come with DJ Hero Renegade and Xbox inscribed on them. I would say, I like the Eminem ones better! You can check out the exorbitantly priced Xbox Shoes and the Heelys Xbox Shoes which we wrote about some time ago. 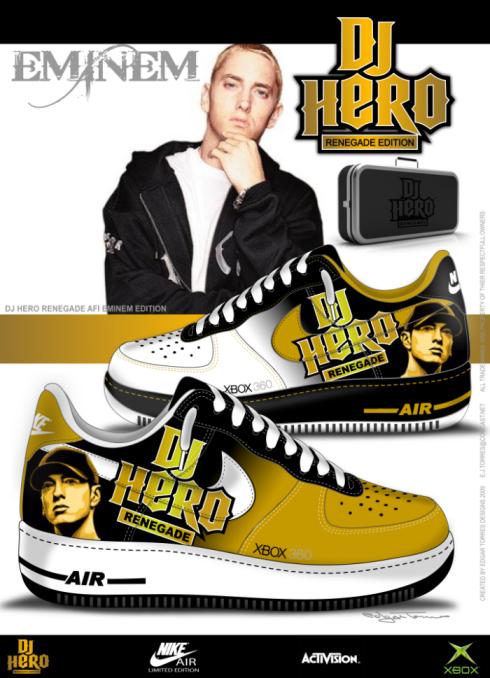