Dead or Alive 5 Announced for Xbox 360

Team Ninja has just announced that Dead or Alive 5 is currently in the works for Xbox 360 and will be coming to consoles in 2012. 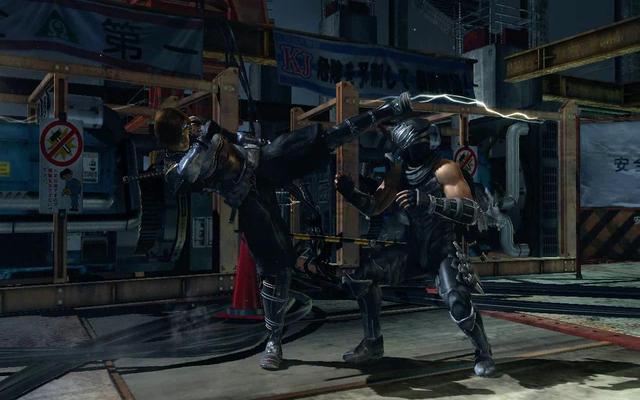 According to sources, (and that handy announcement at the start of the video) the title is currently in it’s alpha stages.

In the gameplay demo, we’re given a nice action packed sequence taking place on a rooftop under construction. Ryu Hayabusa and Hayate ferociously duke it out while dodging around the environment, set against the usual DOA electro-rock musical backdrop.

The series, which has always been known for it’s notable visuals, doesn’t seem like it’s going to disappoint this time around. If the final version is as good looking as this demo, it will certainly be one heck of a visual feast.

While very little has been revealed for the title at this point, one thing that Team Ninja has specified is that they would like the environments to play a larger role in combat that they have in past games. Instead of just acting as boundaries that opponents can push each other, it is likely that dodging environmental hazards will become a big part of gameplay.

Despite having recently witnessed the departure of Team Ninja founder Tomonobu Itagaki, the man behind the studio’s Dead or Alive and Ninja Gaiden franchises, Dead or Alive looks like it will be following the same formula as past titles.

In other news, Rockstar says Max Payne 3 coming to Xbox in the Spring and also be sure to check out some or our First Metal Gear Solid 2 HD screens and Trailer.