Activition has just announced that their upcoming Call of Duty Elite service package will set gamers back $49.99 each year, or $4.15 a month. 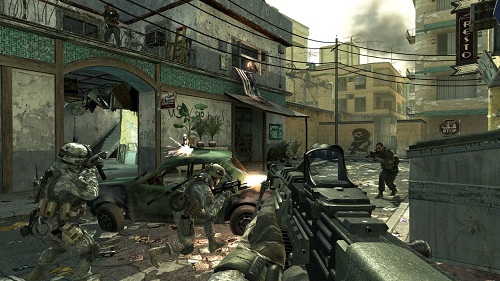 According to sources, Activision Publishing CEO Eric Hirshberg made the announcement at a press-only session at the Call of Duty XP event down in Los Angeles this past weekend.

Including in the price of the service, players will have access to various social features, skill tracking and class management systems. As well, Elite will also support Facebook integration, for those die hard players to get social with their achievements, and invite people from their friends list to join in multiplayer matches.

As well, Elite will be able to sync with mobile devices in app format, so that you can keeo your Call of Duty profile with you wherever you go.

Elite will be separated along the lines of paid subscribers and free subscribers. The paid accounts will have access to everything, including monthly DLCs for free. Free accounts will have access to some of the features, and have the option to purchase DLCs as they are released, but will not be eligible to participate in tournaments or win prizes.

Another feature will be the weekly release of two episodic TV programs for the Elite service. One will be called “N00bTube” where Will Arnett and Jason Batemen watch player-created Modern Warfare 3 videos and ridicule them. The other will be “Friday Night Fights”, produced by Ridley and Tony Scott, featuring footage from competitive play and exciting team play.

Activision is defending the price tag, point out that if players were to buy all the DLC for a given title that the price tag would come out to around $60 a year.

Players who purchase or pre-order the Hardened edition of Modern Warfare 3 will receive one year paid subscription for free.

In other FPS news, be sure to look into Modern Warfare competitor Battlefield 3’s Weapons Customization as well as our First Person Shooter Nostalgia.