If you’ve read our review on Deus Ex: Human Revolution, you’ll know just how stunned we here at Xbox Freedom were when playing this amazing game. Now, after only a few weeks of release, Edios has announced their plans for DLC, and it sounds epic.

With a game that is as long and full as Deus Ex, it would come to no surprise if our great readers have not fully beat this awesome game just yet. The game is quite lengthy with virtually limitless amount of combinations for completion. Couple that with the ability to customize Adam Jensen to your liking, and you’re in for one hell of a long and enjoyable ride. Is it even possible to improve upon this?

Edios believes so, and they are releasing DLC this October! The announcement reads: 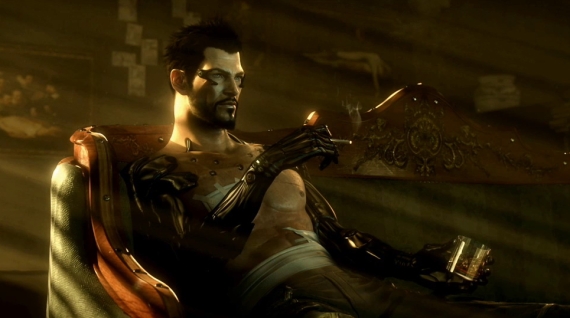 With so many allies and enemies (and countless combinations of the two), this game even seeks to add more to that as well! Adam will escape the grasp of Belltower agents to fight his way through to the end of the DLC in order to get more knowledge on the happenings of Deus Ex: Human Revolution. The release continues with:

After being tortured by Belltower agents and having his augmentations disabled, Adam Jensen must rely solely on his basic capabilities to escape from a freighter, destined for an unknown location. While fighting for his survival on the ship, he uncovers another layer to the conspiracy that he never would have suspected. As Adam, befriend new, mysterious allies and fight ruthless enemies to discover what was happening in the shadows during the events of Deus Ex: Human Revolution!

I am very excited to see what this DLC will bring to the table, as it can only improve upon Deus Ex’s amazing gameplay and story line. When it drops, I’m sure it wont be long before the “Missing Link” is found, though I wouldn’t be surprised if another surprise is just around the corner.

For more Deus Ex: Human Revolution, check out our Hands-on Review for it!