The fifth entry to Namco’s long running Soulcalibur series is coming soon, and they’ve made some changes to their combat system. 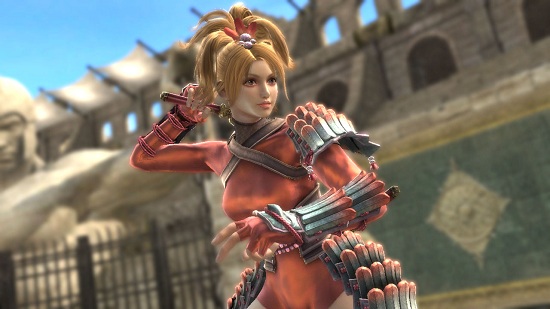 According to sources, the title’s director, Daishi Odashima, personally tweeted some of the details regarding changes to their already established fighting system earlier this week.

Most of the immediate changes were made to the series “guard” system, its equivalent of blocking and countering attacks.

In earlier titles players could guard to their heart’s content and could easily block just about anything but a throw and unblockable moves. Now, with something called “Guard Burst”, as a player continues to block their life bar will start to flash from yellow to red and then finally shatter as they lose their guard. Once this happens the player cannot block until a certain amount of time has passed.

“Guard Impact” is making a return to the series. If timed perfectly it can deflect any high, low or middle attack, but not throws or unblockables. However, now it uses up a quarter of the “Critical Gauge” (see below), so players with good timing won’t be able to wait and counter every move their opponent throws at time. As well, the system should be less picky than in previous entries and easier for new players to handle.

“Just Guard” is a new type of guarding meant for advanced players as it involves even more timing than Guard Impact. If a player hits guard the instant before an attack hits that attack will be deflected. Players using stronger and heavier attacks will take longer to recover than light and quick attacks. Also, this Just Guard will have to be precise, as button mashing will nullify its effectiveness. 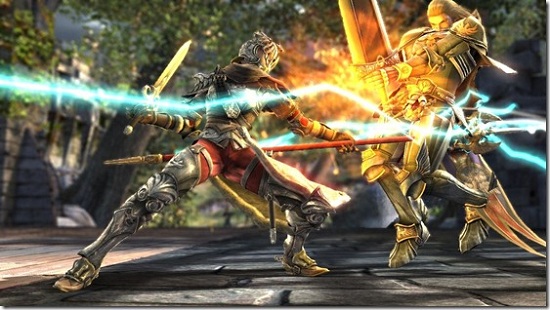 The “Critical Gauge” is a new meter that builds up by attacking and blocking hits. Once it reaches 25% players can start using their Guard Impacts, while at 100% or higher they can initiate something called a “Critical Edge”. Each character’s Critical Edge will handle differently, giving them speed boosts, invicibility and the like, as well as more powerful standard attacks.

The title takes place 17 years afer the events of Soulcalibur IV, but luckily we won’t have to wait that long. Soulcalibur V is coming to consoles early 2012.

In other news, a Persona 4 Fighting Game is coming to Xbox 360 and Microsoft asks “Do we need a better Xbox?”.