This Xbox controller might not fit into your regular perception of a cool modded controller, the sickening paint job resembling blood stains might probably be too visually disturbing for some but for any hard-cored gamer this is just the perfect controller they had been waiting for! 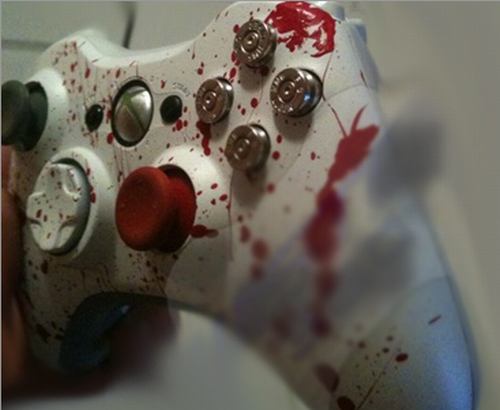 The most striking feature of this controller is the cool Bloodshed paint job, the next feature in line are the 9mm bullet-ABXY buttons, (possibly from the murder weapon) the next thing you should have noticed is the blood-soaked right stick and the cream white D-pad. This controller also harbors the ammunition ABXY buttons as well as bright red quadrant LEDs, the player indicator lights, and finally, its 8-mode rapid fire modification.

There is a tactical and stunningly cool array of settings like the 2 modes utilizing both triggers, 3 “speed” modes, and 3 “burst” modes, these features are COD-compatible, and work equally well with Halo and GOW. 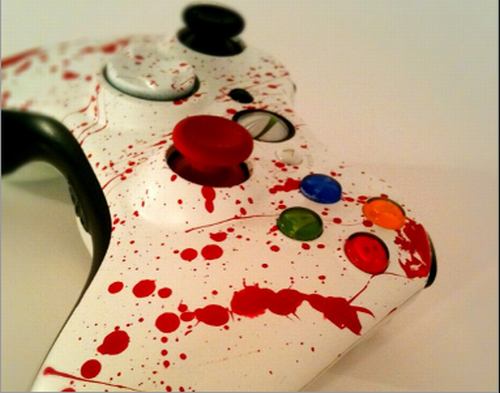 This cool controller carries an equally heavy price tag with it, selling for $125, this might be a sure addition to the wish list of thousands of gamers. You can also have a look at some of the most Awesome Xbox Controller Designs or have a look at the anatomy of your controller.