This must be the best Xbox 360 ever, for it could never get the red ring of death and also can be made from any regular household material. 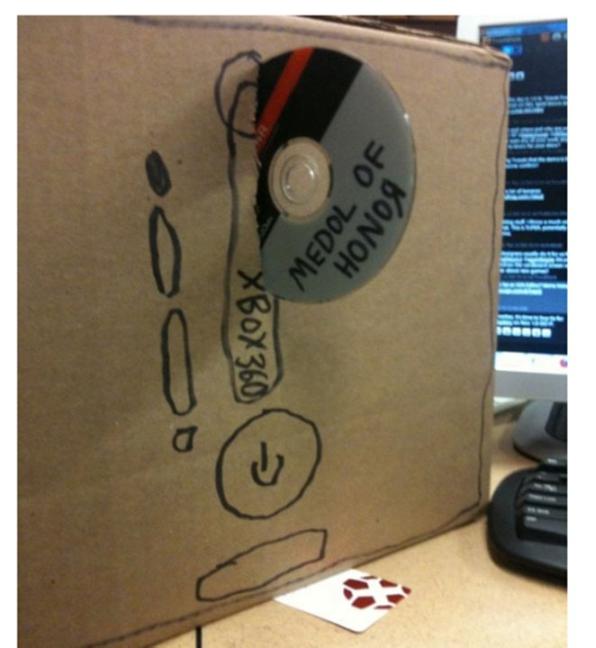 True, you won’t be able to really play Medal of Honor on it 🙂

For other funny Xbox stuff, check out the Mona Lisa Xbox 360, the awesome Xbox 360 Cakes or the Xbox 360 Pumpkins…just in time for Halloween.