While Afro Samurai has been the latest big thing to be discussed in the gaming world, there are already mods which are being inspired by the amazing Namco Bandai game. Britt from New York created an Afro Samurai Mod for a friend, but only with a certain twist. 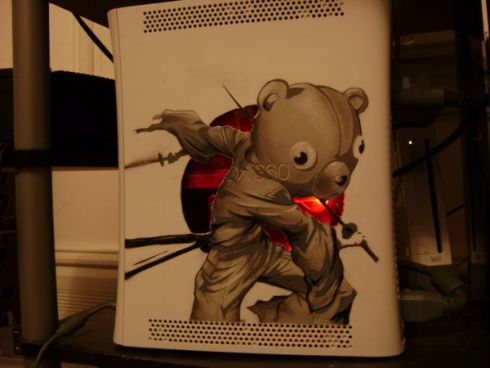 The mod comes with an amazing Kuma picture on the front and he looks ready to take on Afro anytime. While one would have to dig deep into the history of Kuma and Afro to know how these friends turned into foes, the Afro Samurai mod looks charmingly fresh and authentic. The certain twist in the mod comes in the form of a Barack Obama’s painting on the other side, which Britt added later.

While it could just be art there could be many interpretations about the reason for Barack Obama’s presence on the other side of the console. Does this mean Kuma’s other side is Barack Obama or vice versa? Does the president of the United States feel somehow wronged by someone, though justifiable but not explanatory enough like Kuma does? It is something that we could discuss at length. In a cruder manner, it could just be because of the Afro name that comes with the game and the president. 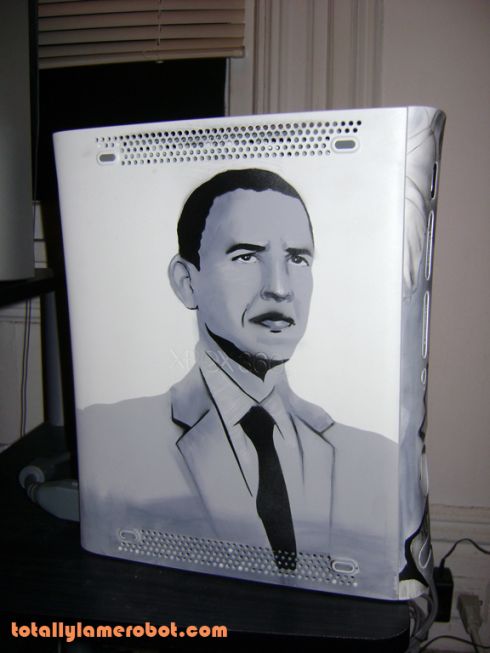