4 Ways Microsoft Can Make the Xbox One Successful

With the Xbox One trailing behind the PlayStation 4 in terms of sales, we look at how Microsoft can make their new generation console catch up. 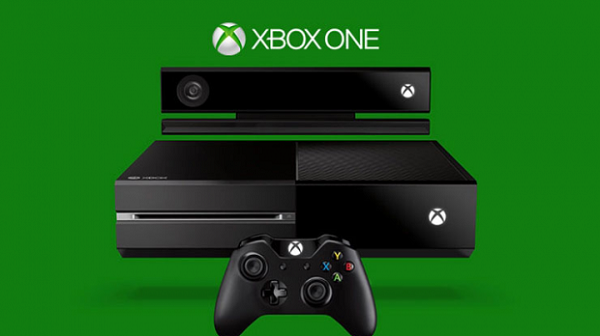 Both the Xbox One and the PlayStation 4 were released in November, 2013. We were told that they’d bring more connected gameplay experiences, everything would be bigger and better looking and that both consoles would offer us a huge step up to what we were used to on the Xbox 360 and PS3. But for some reason, despite the consoles basically launching with similar, shiny innards (both have 8GB RAM) there has been a vast difference in sales. The PS4 has steamed ahead, with over 10 million units sold to consoles while the Xbox One has trailed significantly behind with around 5 million consoles shipped (shipped means that that 5 million is made up of Xbox Ones in homes and in shelves, rather than consoles that have actually ben purchased). That’s not good news for Microsoft but market competition can even help both consoles try harder to compete, so what can the Xbox One’s maker do to turn things around?

1. Less of a Focus on Moves and Films

Half of the reason why the Xbox One got off to a rocky start is the messaging. During its initial announcement in May of last year, Microsoft described the console as an ‘all in one entertainment device’ before elaborating on all of the cool movie and television watching things that the Xbox One can do. Microsoft probably thought that the non-gaming focus would help position themselves better against the PS4 (again, the two consoles have similar innards) but instead it rubbed gamers the wrong way and left unfortunate after effects.

With so many gamers believing of the idea that Microsoft was neglecting their focus on games, the company then dropped the Xbox Entertainment Studios division before it had even managed to deliver on its potential. Hardly a show of support for their movie and television stance, is it?

But in general, Microsoft would be wise to gear things more towards games. Less focus on the Xbox Snap feature and the way it lets you watch Netflix in the middle of a multiplayer match and less adverts with Breaking Bad actor Aaron Paul. Microsoft needs to do more to present the Xbox One as a console for core gamers because ultimately, it’s what the PS4 has already done and Microsoft is suffering from the repercussions.

The second huge criticism that’s levelling the Xbox One’s sales is the lack of games. Between E3 and Gamescom this year Sony announced or showed off dozens of exclusives. From zombie MMOs DayZ and H1Z1, to popular adventure sequel Uncharted 4: A Thief’s End to family friendly platformer LittleBigPlanet 3 and nightmarish action title Bloodborne, there’s a staggering amount of titles coming the PS4’s way.

In contrast, the biggest story out of Microsoft’s Xbox E3 presser was that Rise of the Tomb Raider would be an Xbox exclusive. And even then, it soon came out that the game would only be ‘timed’ and would make its way to PS4 some point afterwards.

Across the board, Xbox fans are begging and pleading with Microsoft to invest more into original IPs. We’re all excited for new Gears of War games and Halos but we have lots of those to choose from already because they were part of a series. Sunset Overdrive will be a great deal of fun when that’s released later this year but what then? The recently purchased Minecraft dev Mojang Studios will likely keep to their massively popular title so Microsoft really needs to pull some tricks out of the bag and wow us.

Whether it’s weird, wacky or does something new in a genre thay we already love, Microsoft has to do something with new IPs and fast.

There’s nothing people love more than a price cut. For all of the shouts surrounding discounts from people deciding that ‘price cuts mean the product/company/device is in trouble’, it can’t be denied that they do help to increase sales.

The Xbox One can benefit from this especially as the other great big issue that Microsoft had at first is how expensive the Xbox One was. Retailing for $500 in North America, the console’s key market, many felt that it was unfair that they were having to pay extra money for the (then) mandatory Kinect 2.0 Camera. While the device was popular when released for the Xbox 360 and the Xbox One version boasted advanced features such as a heart-rate sensor and voice controls, it’s not necessarily something people felt comfortable paying extra for and anyone who felt this way wasn’t given a choice.

They’ve since nixed that idea though, making the box One console and the Kinect 2.0 camera separate but with a failed launch like that, many people have already opted for the PS4, their cheaper rival and so if Microsoft wants to win people back they’ll have to take an axe to their profit margin to do so.

This final point may seem miniscule but in the grand scheme of things it could potentially make a huge difference – Games With Gold.

What Games With Gold is, is that when you pay for an Xbox Live Gold subscription, you gain access to a wealth of free games each month. From smaller scale indies to popular titles like Assassin’s Creed 2, a $60 annual subscription will get you free games each month for an entire year. It’s a brilliant deal and an added bonus to Xbox console’s stellar multiplayer gameplay but when put up against Sony’s own ‘free games with multiplayer’ offering, PlayStation Plus, it pales considerably.

Ignoring the fact that PlayStation Plus games are spread over PS3, PS4 and PS Vita (Microsoft obviously doesn’t have a handheld console to release games on) the difference in the quality of the games on offer is still noticeable. For example, with PS Plus, users have been given Tomb Raider, Sleeping Dogs, Hitman: Absolution, BioShock: Infinite, Fez and NBA 2K14. Many of these games were critically acclaimed upon release and were only released in the last two years or so – NBA 2K14 was given out for free on PS3 without even being out for a year.

So while Xbox Live is great, few people are buying it for the luxury of the service. ‘Stable multiplayer servers’ is not a selling point but free games? They most definitely are.