Marriages are made in heaven but a Xbox 360 Wedding Cake can only be made on Earth. That’s right folks, after the craze for all those Xbox mods this new craze has hit the town. Having a Xbox 360 gaming console cake on your wedding might just be the perfect thing for any gaming freak. 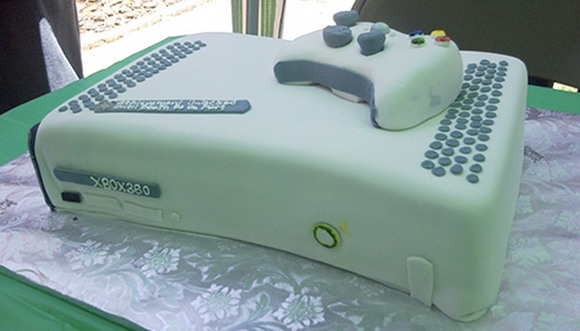 A guy named Charles got married recently and his wife surprised him by getting him the Extra Special Xbox 360 cake. The cake has been made to exactly resemble the gaming console and guess what? it also has its very own gaming controller. The cake comes with a complete 120SB (sprinkle bite) and a wireless cake trolley. The cake also has a small message for the newly wed couple which reads,”Achievement Unlocked: Till Death Do Us Part”; pretty cool!.

All that is left to say is that the cake might have been the center of attraction rather than the couple themselves. Anyway one thing is for sure that soon there will be many such weddings where we would hear,” I Do, Now Let’s Game!”.

As for our friend Charles we all wish you a Happy Married Gaming Life; All Thanks To Your Wife!. And we hope that your children will have a similar cake on their birthdays!.