A highly anticipated addition to the Xbox One launch lineup, puzzle title Peggle 2 has now been delayed, forcing gamers to wait until December for the game. 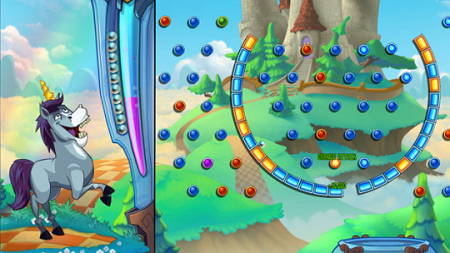 In the first, few, formative months of a next generation console’s life, it’s not the specs, the back of the box features or even the magazine and online reviews of the brand, spanking new game box that decide its fate. More often than not it’s actually the games that help early adopters of a console whether not not they’ll pick one up at launch day, rather than the extra bells and whistles. Ever hear someone say they’re buying a device because they like that it includes Netflix? Microsoft knows the answer to this well, and they planned to release the Xbox One alongside thrilling hits such as Watch Dogs, Battlefield 4 and FIFA 14. But now, as the first of those three games is delayed, gamers will be disappointed to hear that Peggle 2, also set to launch with the console, has been delayed too.

Peggle 2 had been set to deliver a refreshing breath of puzzle fresh air amongst a launch line up that involved more guns that a thousand army squadrons and games with mechanics that we’d very much seen in several iterations before. With its brick bursting gameplay, bright colours that wouldn’t go amiss in an art gallery and a cast of cartoon-y characters that you could only describe as ‘delightful’, Peggle 2 was set to be great. But now, confirmation from the game’s developers, PopCap, says that we will all have to wait for the title for after the game’s initial 22nd of November release date. Speaking to VentureBeat, PopCap senior PR director Garth Chouteau told them that “Peggle 2 is a ‘launch timeframe’ title, but will not launch day-and-date with the Xbox One. Instead, it will become available a few weeks later in December.”

In turn, it also raises questions about the strength of the Xbox One’s exclusives as Peggle 2, the PopCap developed, EA published game was set to be a timed Xbox One exclusive, after which EA was free to publish the game on any platform that they saw fit, but now this could potentially see it come to other platforms sooner rather than later. The big ‘other platform’ in question is, of course, the PS4 so maybe Microsoft will have to pull some tricks (read: money) out of the bag to keep Peggle 2 as a solely Xbox One experience for a few extra months.

Read more on xboxfreedom, 5 of the Best Xbox One Bundles to Pre-Order Now, Watch_Dogs Delayed For Both PS4 And Xbox One