The Xbox One with the Kinect might be an excellent gaming machine, but it brings a lot more to the table. Through the new Mall app and a feature called ‘The Dressing Room’, it’s now possible to try on clothes before buying it while sitting in your own living room. 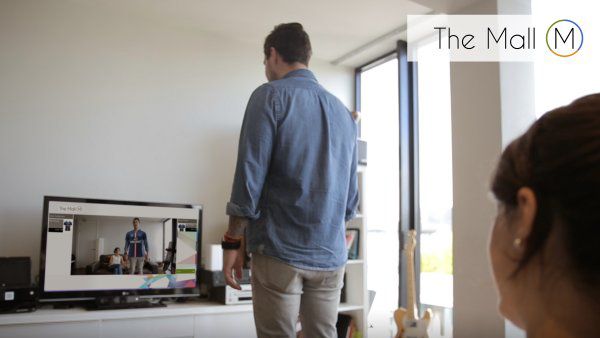 The Mall app uses the Kinect to virtually overlay garments on your body thanks to a Hololens. You select an outfit and then stand in front of the TV to see how the item looks on you. It might not give you the perfect experience of touching and feeling the fabric, but you get an idea of whether or not this piece of clothing looks good on you or you should move on.

The app allows you to take snapshots for later use and also walk around (on screen) of course with clothes that you’re not actually wearing. The app is free, the clothes, sadly, are not. PowaTag, the Android or iOS QR scanner app enables you to buy what you’ve tried with your currency of choice. Remember, Microsoft doesn’t enable the use of Powertag for Windows mobile users.

According to Eoghan O’Sullivan, the CEO of Von Bismarck, the company that launched the app, the Xbox One is the perfect device to launch on — it’s incredibly powerful, built for smooth interaction and with the Kinect camera we can bring you as close to physically trying on the clothing as you will ever get when shopping online.

This is an Xbox One only experience (even for those without Kinect, but that’s taking away all the fun), which means you need an online account. SoccerPro, Grayers, Go2Games, and Style PB have signed up for the virtual shopping experience and more brands are coming. For now, it’s only available in the United States, but will be coming to the United Kingdom and Canada in February.

If you don’t have an Xbox One with Kinect, there’s a fantastic Xbox One Kinect Bundle on Amazon on a fantastic deal, costing $387 instead of $499.99, also coming with a Chat Headset and three video games included.