Spectacular Amazon Deal – Destiny: The Taken King Half Off

Destiny, the most expensive video game in history, is now on sale at its lowest price ever. Read all about it here! 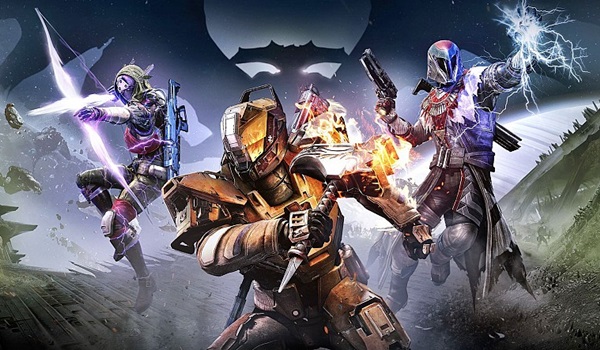 Destiny, one of the most spectacular video games of the last couple years had a fantastic expansion coming out that fixed most of the issues gamers had with it when it originally launched. Ever since then, the smash-hit of gaming by Bungie has been a fan favorite and the epic space-opera we were promised from the get-go with several activities of all kinds that have kept gamers interested for hours and hours, with no end in sight. Now, the ultimate edition of the game, titled Destiny: The Taken King Legendary Edition is at its lowest price ever, and if you were waiting for th opportunity to jump in the fun, now is the right time.

at 50% off bringing the game down from $59.99 USD to $29.99 USD – which saves you $30 USD overall. This is the cheapest the game has ever sold for, even cheaper than the Black Friday and Cyber Monday deals, so if you were interested, your patience has paid off: now is finally the time to get one of the most acclaimed space shooters of the last few years. Furthermore, this is the latest game by Bungie studios who became world famous for their extremely successful run with the Halo series, so that should be a guarantee of quality, and at this price, it is quite hard to not jump the gun and buy it. Be fast, though! The deal is only available from some 10 hours starting now.

Destiny: The Taken King is an expansion that takes place shortly after the events of the original game (which is included in this edition), and raises the stakes as a mysterious new character appears to take revenge over the previous’ game’s final boss. Without spoiling anything, the battle becomes incredibly intense, and players get to battle it out in many new stages, raids, and get new areas to explore with new weapons to discover in the process. Ever since this new entry, Bungie have announced that their new model moving forward will be creating new events instead of releasing any more huge expansions, so this is the version of the game you will be able to enjoy for years to come. Here goes our recommendation!

Be social! Follow Xbox Freedom on Facebook and Twitter, and read more related stories at Best Amazon Video Game Christmas Gift Cards and Xbox One Kinect Users Can Now Try on Clothes From the Comfort of Their Home.