Rocket League is Finally Coming to the Xbox One

The Physics-based vehicle soccer video game Rocket League has been out on PlayStation 4 and the PC since July 2015. Finally, it’ll be playable on the Xbox One starting February 2016. 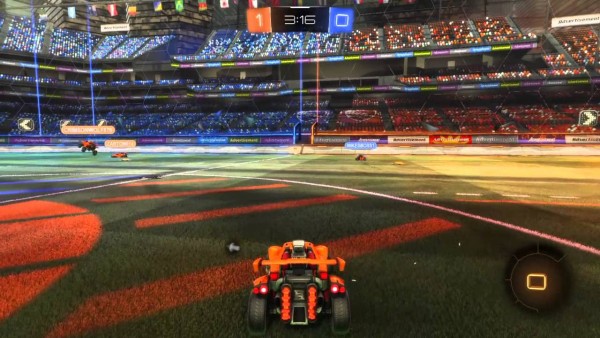 Rocket League is a sequel to Supersonic Acrobatic Rocket-Powered Battle-Cars, a game released back in 2008. It’s developed and published by Psyonix, who have also released Nosgoth this year, a free-to-play Multiplayer game, and also helped co-develop Unreal Tournament 2004 11 years ago.

According to recent numbers, the game has sold over eight million units via downloads since July, including 1.2 million downloading the game within the first 48 hours, far exceeding their expectations. It won the Best Independent Game and Best Sports/Racing Game at The Game Awards 2015.

On the Xbox One, it’ll feature 16 battle cars, along with the “HogSticker,” a version of Halo’s Warthog, and the “Armadillo” from Gears of War. It will also include the previously-released DLC packages and exclusive customization items.

The announcement about Rocket League making it to other platforms besides the PC and the PS4 came back in August, when Jeremy Dunham, the VP of marketing at Psyonix, confirmed that the studio was in the process of launching the game to other platforms.

For more on Xbox One gaming news and gaming in general, check out this post about the first gameplay trailer of the Final Fantasy VII Remake, or a little bit about Red Dead Redemption 2 prospects and more on backwards compatibility.