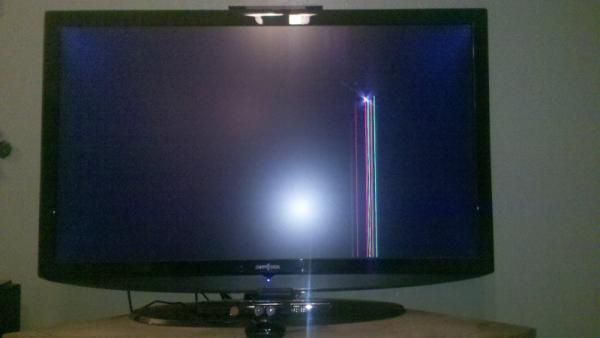 From the blog of the one who actually broke his TV:

Do not under any circumstances play Kinect Sports Volleyball at 1:30 a.m. while standing under a ceiling fan with a dangling chain for a light switch. You could conceivably spike it into your year-old amazing TV, causing it to die with a rainbow LCD teardrop dripping down from the impact wound.

Plus you’ll lose the match by forfeit.

Well Phil, it is unfortunate that you managed to break your TV, but proper respect for owning to it and providing this important Public Service Announcement to all others.

If you would rather stir away from such hazards, then you could always built yourself the best Xbox 360 ever out of cardboard or stick only to Xbox 360 cakes.