Garage sales have been a favourite of many junk lovers. You could never guess what one might find in one of those dusty sales in the yard where you could virtually pick up antiques that the seller doesn’t even realize could be worth loads of lolly. 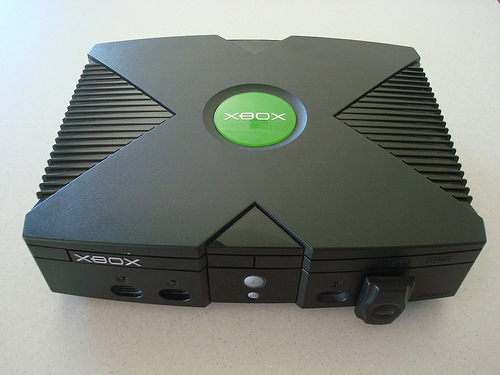 Take for example the Xbox Gaming Console found at the Ambergate Garage Sale. It sure looks pretty kick ass and retro, and even comes with a mod chip installed. Though there isn’t much information given about the mod, it seems to me that it could be a great way to please old skool Xbox fanboys who have been using the console for a really long time.

With the good ol’ Xbox logo being conspicuously evident in the middle f the mod, you could rest assured that this is one helluva console that might sell off as an antique in a couple of decades. Meanwhile, do take a look at other cool Xbox mods such as the Optimus Prime Xbox 360 Mod, the Halo Reach Xbox 360 Mod and the 40 Coolest Xbox 360 Mods we had written about.