The 7 Most Important Announcements from the Xbox Gamescom 2014 Event 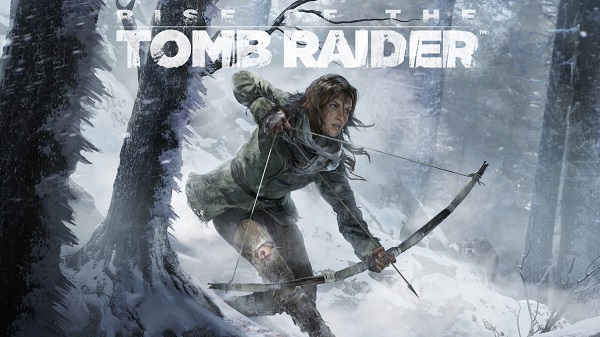 The console war is not fought on retail shelves amongst knowledgeable sales assistants, nor is it fought online amongst gamers displaying brand loyalty like no one else, but the real battles in the fight between PlayStation and Xbox are fought on stage when the two companies behind them, Sony and Microsoft, announce exclusives, bundles and new features that we should invest our time in and money on. That’s just one reason why events like gamescom are so important – they clue us in on the most exciting things set to happen on our games consoles across the next year (or at least until the next big event rears its spectacular head). The Xbox event at gamescom 2014 was no different then and with so many shocking, surprising and downright exciting announcements made, we’ve put together this list to round up the most important ones.

1. Rise of the Tomb Raider is An Xbox Exclusive

So, you may have heard of a woman named Lara Croft, yeah? The female counterpart to Nathan Drake, she was a globe-trotting, treasure collecting badass before Drake’s name was even a thought in Naughty Dog’s head. Granted, Uncharted may have hoovered up awards and is, unfortunately, PlayStation only, but Lara Ceroft’s adventures were multiplatform, allowing everyone on PlayStation, Xbox or PC travel the world and kick ass as the iconic protagonist.

However, that’s set to change come next year when Lara’s next big adventure, Rise of the Tomb Raider, is released as the game will be exclusive to Xbox One and Xbox 360. The announcement was a Very Big Deal indeed and it has forced Microsoft’s hand to explain that actually, Rise of the Tomb Raider is just a “timed” exclusive on Xbox consoles but if you’re taking score, the deal is as though Microsoft just scored 7 straight slam dunks over the top of Sony’s head.

In Europe, football (or soccer as you might call it) is huge. Actually, it’s huge the world over which is why FIFA 15 is such a hotly anticipated title and why FIFA sales remain so high year after year despite being essentially being the same game with minute tweaks to graphics and gameplay.

It makes good sense that Microsoft are making good on its existing FIFA 15 deal with EA for the exclusive FIFA Ultimate Team Legends mode (all the golden oldies and retired heroes are playable and collectible in the game’s FIFA Ultimate Team mode) and the FIFA 15 Ultimate Team beta by announcing a FIFA 15 Xbox One bundle.

As the lead in of this point might have led you to guess, the FIFA 15 Xbox One bundle is an EU exclusive and it will be out on September 26th for £349.99.

The bundle bonanza didn’t stop there, though! Microsoft have a lot of fingers in a lot of pies, specifically Activation’s which is how they’ve put together another deal in addition to the DLC contract in which Xbox Call of Duty players get maps packs and DLC a few months before PlayStation players.

And while all of those games might be available on PlayStation too, Fable is a series with a long history of Xbox exclusivity bringing supernatural, fantasy hijinks to Xbox consoles for some time.

Fable Legends is a little different from the single player experiences of the Fable games before it as the latest title will offer four player co-op gameplay which sees us being either a hero or villain, presumably depending on which side of the bed we woke up on that morning. But, as this is a complete 180 to previous iterations in the popular series, it makes sense that Fable Legends will be getting a beta. When does that beta begin? Announced at gamescom, the Fable Legends beta will being on Xbox One some time in October. We’ll keep you posted once we have a more specific date.

Oh yes, Fable is popular but no Xbox exclusive series has captivated and enthralled quite like Halo.

The sci-fi soldier shooter has got everyone on the edge of their seats wondering what will be next for the franchise that Bungie started and how well it has made the jump to current gen consoles. We’ll be able to test out Halo 5 Guardians for ourselves soon as although it’s still somewhat early in development, the beta will give us “4v4 arena gameplay”, “tight maps” and it will also run at 60 frames per second.

Furthermore, Halo Channel has also been announced and it’s set to be a hub for ‘all things Halo’ and will provide unlocks, rewards and an ‘interactive network for Xbox One’ which sounds intriguing.

Slightly less hyped but still an Xbox exclusive that you should know about is Quantum Break, the time-bending new IP from developer Remedy. According to the gameplay footage above, Quantum Break will effectively let us do the things that the movie Inception only let us imagine.

The concept of the game is that time as we know it is breaking down which, whilst also being a terrifying thought, in Quantum Break it even means that time can just stop altogether with one of the game’s three main characters, Jack Joyce, being able to manipulate that.

7. Huge Xbox One Update On The Way

Finally, one of the most important announcements that Microsoft made at gamesocm 2014 wasn’t about a game or a bundle either. no, instead it was about a various array of features that we can expect to be rolled out onto Xbox One soon.

Along with the preloading of games, a feature that starts with FIFA 15 and Forza Horizon 2 and lets us buy games and start downloading them ahead of their release (we can then play them once their official release date rolls around), Microsoft also announced several video playback options. Xbox One will soon get support for USB media, along with media files such as gifs, mkvs and MP4s, making it as easy as possible to watch films or TV shows that you have stored on your computer (eve if you acquired them by less than legal means).

Did Microsoft’s gamescom presentation take you by surprise? What’s your favourite thing from this list? Let us know in the comments.

Read more on xboxfreedom, Microsoft E3 2014: Their best E3 yet, Want To Shape The Future of the Xbox One? Microsoft Will Soon Let You