Steampunk combines things of the present or future with a stylish touch from the past… and now the past has hit the Xbox 360.Mixing steampunk and videogames usually yields fantastic results, and we’ve featured plenty (even a Steampunk Xbox 360 that would go along beautifully with this controller, ideal for steampunk fans) in previous articles, yet, this one is worth mentioning even though it’s a controller and not the full machine. 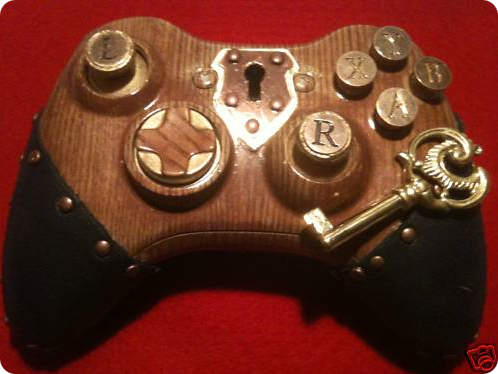 As featured in Walyou, this Xbox 360 Steampunk Controller was first sold in eBay for $120 dollars, and has been taken down since then. It’s creation was adjudicated to expert modder Minister Morbid, but we have no confirmation of this yet, so any leads on his real identity would be appreciated. The past-future theme makes for a great contrast, and the fact that the controller looks awesome on its own is a great plus.

The control is made out of beautifully carved wood and leather for the handles, with bronze for the buttons. The color of the buttons got lost in the transition to Steampunk, but the letters are carved there, and in any case, gamers know where each button is located by now anyways. These decisions fit the look beautifully and all, but what gives the distinctive touch is definitely the key and the hole at the center of the piece. 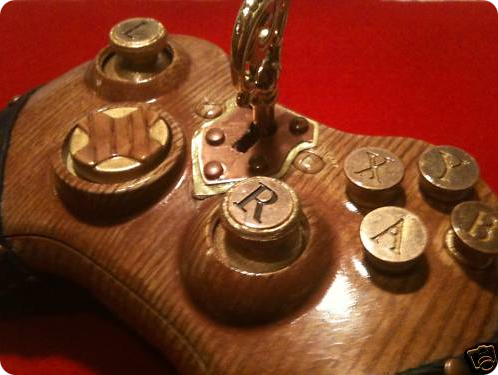 The central Xbox button has been replaced by a Victorian style key that is used both to access the system’s menu and turn on the controller. As impractical as this might seem, this is one of the most clever ideas we’ve seen, and applaud the creativity of the modder. Now, be careful not to lose the key or the controller will end up like a very expensive and carefully crafter paperweight.

Again, any further information on the modder would be appreciated, so if you happen to have created this, please contact us to give proper credit where it’s due.