Xbox 360 Mod of a DPad Controller 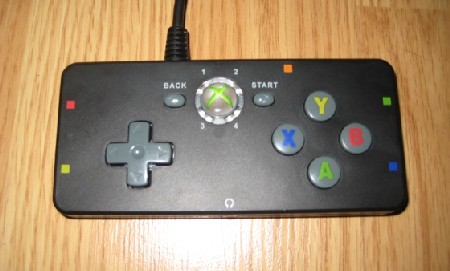 If you had been looking for a great Xbox 360 Dpad Mod, chances are you might have just got lost in the array of hacked pads available Online. Mad Catz had modded and created the Portable Drum Kit which may have looked good but unfortunately did not work. Something that looks good but does not work is as bad as having a dummy at home, but at least a great Xbox 360 mod of a Dpad came out of the experience.

This time, some geeks found out that the Portable Drum Kit was hacked again and now it may be possible for us gamers to rock on. The pads in the Portable Drum Kit plug right in to a central controller but you can go ahead and unplug all the pads to mod a 4 button NES pad for the Xbox 360. In fact this hack is much better than the original Xbox 360 controller and the buttons do a pretty good job too.

The improved Xbox d-pad seen at Arstechnica lets you enjoy arcade games like never before on the Xbox 360. However, the fact that this controller lacks shoulder buttons restrains you to playing games that are compatible with the d-pad and 4 buttons. Though one wouldn’t be willing to spend $60 to get one of these and then hack them, it sure would be a joy to try this d-pad on the Xbox 360.

For me, it seems like this hack is a great way to create an interface for MIDI drum kit and of course Rock Band title. You could also check out our last feature on one of such cool mods, the Xbox 360 Car, if you are more in to driving and racing games.