2010 was a strong year for videogame maker Nintendo, but Microsoft and their popular Xbox 360 gaming console also saw a great year. 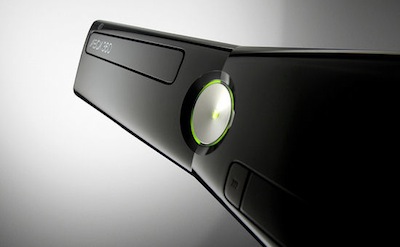 The system that kicked off the current generation of consoles is still going strong, and is showing no signs of slowdown. That may be because Microsoft kept with the times.

In 2010, not only did they redesign their console by slimming it down and making it much sleeker (and adding features that should have been part of the machine to begin with). They released Kinect, which saw a very successful launch selling 2.5 million in 25 days.

Of course it seemed like most Kinects being sold were going to hackers, as anyone who frequents a tech blog can attest to. It felt like every day three new videos featuring hacked Kinects made their way to the internet. Either way, it was very cool, because some of the uses we saw were even more interesting than the device’s intended use.

Now we look forward to the Xbox in 2011, which is bound to be another great year for gaming. Just think about all the games that are due for release this year:

Metal Gear Solid: Rising, which is the latest game in Hideo Kojima’s Metal Gear franchise. It’s said that he isn’t a major part of this game’s development, but it’s based on characters he created.

Then there’s Bulletstorm, which is an awesome-looking shoot-a-buncha’-crap-up in development by Epic subsidiary People Can Fly. Speaking of Epic Games, there is Gears of War 3, which we hoped to see in April but ended up being pushed back to late in the year.

Any list of anticipated Xbox 360 games of 2011 isn’t complete without a mention of Batman: Arkham City, which looks to be an amazing sequel to the first game in the franchise Arkham Asylum.

One of my personal most anticipated games? Portal 2.

We expect Microsoft to do pretty well this year as people more interest is generated in Kinect and users of the older consoles replace them with the newer design.  If you are excited about Arkham Ctiy, you may want to check out this cool Joker-themed Xbox.