Every teenager loves to get his or her driving license the moment they hit the age of 18. Most parents refuse to buy them a car owing to the fears of the kid being distracted or not being responsible enough while driving. Now, how would you rate or place a car that comes with an Xbox 360 console fit inside to add to the distractions? Definitely, parents would not like to have their kid drive the Xbox 360 car which also allows them to play video games while driving.

Wold Blades6 has created a mod wherein an Xbox 360 console has been built into the front of the car and the Xbox 360 controller is placed in the steering wheel, which means if you are playing video games while driving, you would also need to know that the steering wheel can take your or someone else’s life, if you are not careful enough. Most parents may not like their kids to have this amazing Xbox 360 car but I would say, any responsible gamer should have a car like this as it would give them an opportunity to play video games when they are tired of driving along the highway.

It certainly may not be a great idea to give such a car to a young adolescent as they may not be able to control the urge of playing video games while driving without pulling over. Such actions may lead to fatal consequences and hence this mod is applicable only to responsible drivers who know what it means to drive safely and pull over alongside the road, and then play video games.

If you are looking for other interesting Xbox 360 mods, we have covered a lot of them. You must perhaps check out the Afro Samurai Xbox Mod if you are into Manga fighting games. The Glowing Blue Xbox Mod is a standing testimony to the fact that LED lights would never go out of fashion. Whatever it is, make sure you drive safely and when you feel like playing video games, stop driving, pull over alongside the road and then play. 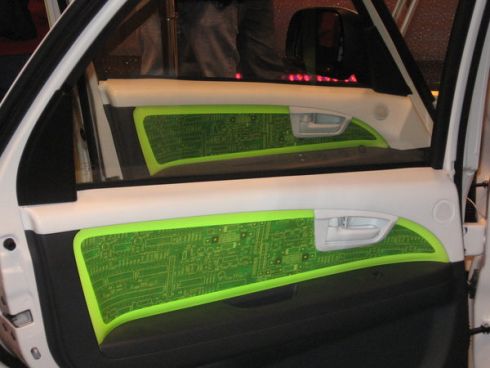