2K Marin’s X-Com reboot was recently demonstrated to journalists and insiders over at E3, showing off some gameplay elements and one level. 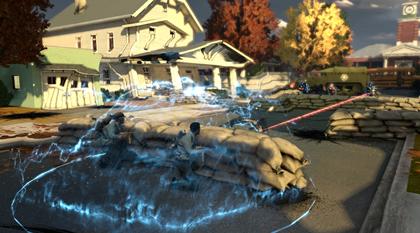 The mission that was showcased, opened with some handheld camera footage of a quaint 1950s American suburb. Before long, strange events begin to occur, with objects falling from the sky. People start to get sucked up by beams from the clouds, and aliens begin to take over the neighborhood.

The player, along with two computer controlled allies, arrives at the scene shortly after, with the goal of taking back the suburb and driving the invaders out.

The first person combat is very tactical in nature, reminiscent of Mass Effect in more ways that one. Cover is important and so is flanking one’s enemy. The player can order his allies to provide covering fire or even distract enemies while he sneaks around and ambushed them from the side. 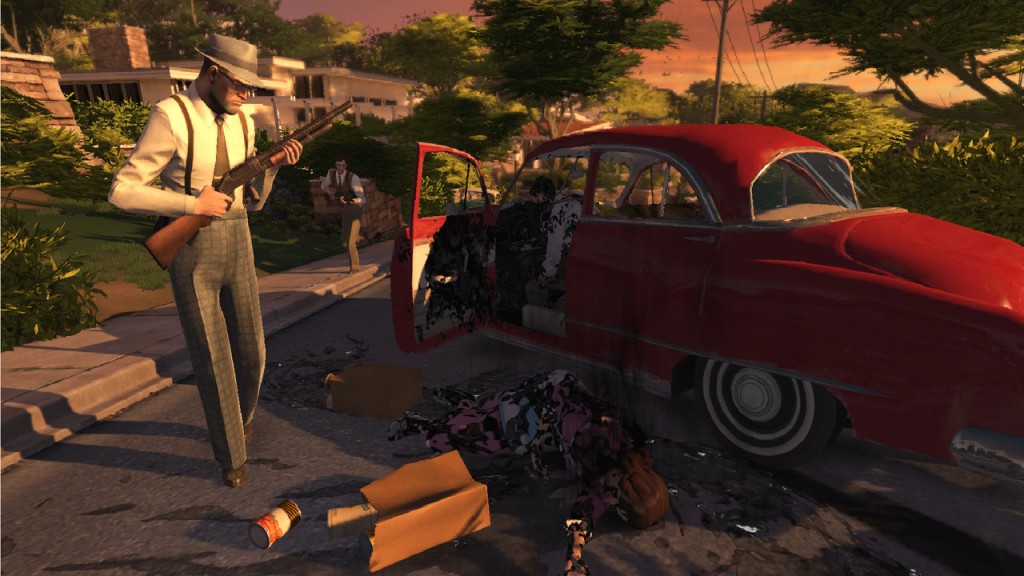 With regards to changing weapons and using abilities, with the push of a button a skill wheel pops up on screen, whereby players can quickly change up their current arsenal.

Between the first person shooter mission segments, players spend time at the central XCOM base where they can choose from a pool of available primary and secondary missions at will, and decide how to progress the story. Missions vary in nature, ranging from attack and defence scenarios to rescuing key scientists and government figures before they can be abducted.

On every mission the player can select two allies to accompany him, each with their own abilities and combat styles. In the demo they previewed a tough guy ally along with a more stealth oriented companion.

Seizing new technology, which was an important aspect of past X-Com games, will be returning in this installment as well. When players encounter technology on the battlefield they will be given the choice to return it to base for a reward, or immediately activate it to turn the tides of the battle around them. However, activating the technology will forfeit whatever future rewards it would have given had they returned with it intact.

Be sure to read more E3 news such as First Look At Deus Ex 3: Human Revolution and Bethesda Releases Trailer for Prey 2.