Bioware allowed visitors at their E3 booth to experience, for the first time, a short but playable demo for Mass Effect 3. 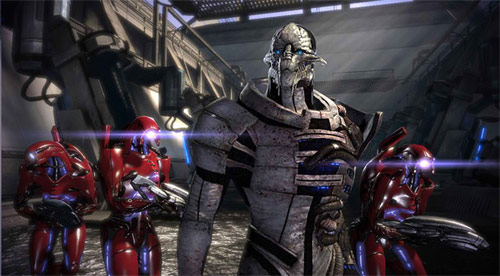 The third entry into the trilogy, begins exactly where the previous one left off. Shepard is returning to Earth and the Reapers, those frightening cybernetic aliens, are beginning a full scale invasion of the planet.

Because Mass Effect 3 is a direct sequel and continuation of the story line, players can expect to find many of the their favorite characters from both Mass Effect 1 and 2 making a return. Bioware was largely hush on who would appear and in what capacity, whether as a full fledged crew member, love interest or other, but they want fans to know that every character that they enjoyed will be making a return in some sense.
New enemies will be added to the mix. Expect to see a ton of twisted new units that make of the reaper forces, such as slow moving hulking giants called Cannibals. As well, in the demo, Cerberus forces were shown attacking Shepard and his crew. Are his one time allies now a full fledged enemy, or just a minor inconvenience? 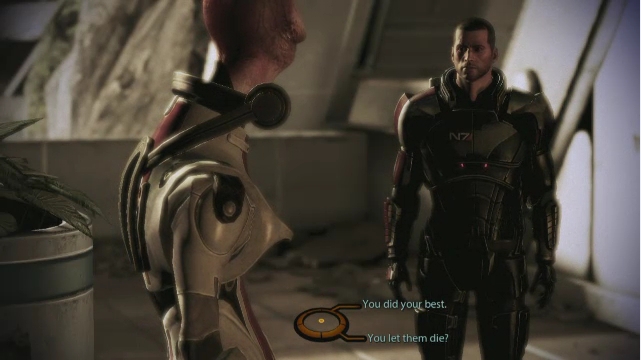 Also back are the grenades from the first game, now with realistic physics and hopefully more utility.

One thing that looks to be quite exciting are the changes made to Shepard’s wristbound omni-tool. In the second game the tool was largely used for hacking and scanning technology, but now it will have a unique special ability for each class. Bioware is trying to keep these a bit of a secret, but they did reveal that for the Soldier class his omni-tool becomes a powerful melee blade, able to provide one hit kills up close.

Expect to be able to load your saved game from Mass Effect 2 as was done previously. The third and final entry to this engrossing sci-fi will be released in March of next year.

Be sure to read other RPG news, such as our First Look at Deus Ex 3: Human Revolution and Elder Scrolls V: Skyrim Gameplay Footage.