Answers For Some Modern Warfare 3 Questions

If you have been following any news on Call of Duty: Modern Warfare 3, you know that most of the information out there is rumor, though a fair bit has also been confirmed. Thankfully, Robert Bowling (Creative Strategist for Infinity Ward) has come online to answer some questions from the community!

If you have never visited Reddit.com, then you would not know that it proclaims itself as “The voice of the Internet.” This is true in some sense, as a lot of useful information can be obtained from this website, as well as the abundance of funny pictures, stories, and of course actual, real-world news. This weekend, Creative Strategist Robert Bowling (or @fourzerotwo on Twitter) has come on to do a Reddit question session where he would answer some of the community’s questions. Here are some highlights. 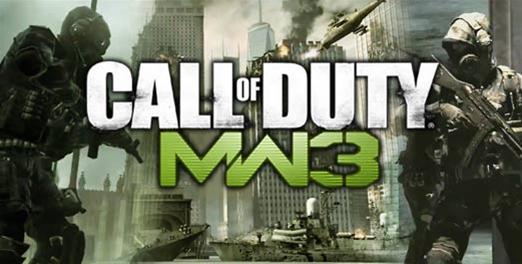 Q: Despite Call of Duty being a team based game the gameplay encourages and rewards lone-wolves who ignore the objectives for kills, what’s being done about that? (via t3hb4tman)

A: I completely agree and we have changed a lot of how XP, match bonus, challenges, rewards, and other incentives are distributed in objective gameplay, much on how we are encouraging gun on gun gameplay in TDM modes, in objective modes we are making it so being an objective focused player in objective gametypes. […] Its not all about kills, we have to reward the defender of a bomb site, the flag runner, and the guy covering the flag runner, more so than the guy just getting kills and never going near the objective points.

Q:i personally asked you 4 years ago for fully customizable buttons for cod titles to aid in disabled players ability to play your games. you kinda helped N0M4D. will you ever add 100% button remaps so every disabled gamer can enjoy the COD franchise? (via CRIP4LIFE)

A: Yes sir, and this is something I’ve sat down and talked with our control programmers about early on when you request came in. We worked with N0M4D as well as got a full list of “ideal” controls from several disabled members of our community to try and make sure that the game controls were as accessible as possible for our community. I’m afraid we never got to the point of fully remapping of controls, but have taken every step to make it as accommodating as possible.

Q: What are some examples of the loved and less-loved stuff you’ll be removing/implementing in multiplayer? (via milesabove)

Q: The size is great, but are they more open? […] If I’m in Manhattan, can I just turn down any street and run into a group of enemy soldiers, or is there a pre-determined route? (via ProbablyHittingOnYou)

A: The single player campaign is all about delivering a cinematic experience with set piece moments and massive action. However, we know you want open (let me decide how to tackle this) gameplay and that is where we’ve really expanded on Spec Ops in allowing you to play out missions with objectives in more open areas that are not tied to the story. Furthermore, you can play every Spec Ops survival mission on ALL multiplayer maps that are completely open.

Q: Were you surprised at the backlash to COD: Elite? How do you feel about Battlefield’s similar service? (via Jimmythejet)

A: I was not surprised at all, because it positioned poorly and misunderstood. If I thought I had to pay for stats, groups, clans, the ability to change my class on the fly online or on my phone, and all the other features they announced. I’d want it for free too. Luckily, all that IS free for everyone, but people didn’t know that. I think these are services that all shooters should eventually have one day, and I’m stoked we’ll have them free to everyone for MW3 and am glad that DICE is doing the same.

A: There will definitely be an internal one, but we haven’t decided or confirmed if there will be a public one. A public multiplayer beta is a give / take in terms of development schedule. It takes a good month out of your schedule to prepare it for public consumption and actually have time to incorporate the feedback. In the meantime, while that’s decided, I’ve been flying community members out to Infinity Ward to see the game (not play yet) but to see and discuss it and give feedback. Furthermore, we will fly out members of our glitcher community to give the MP a run through its paces later in development to try to find map holes, glitches, and other exploits prior to release. We also have a full-time QA department.

Q: DO YOU PLAN ON ADDING ANY DINOSAURS IN MW3? (via loladelrio)

A: The severe and insulting lack of dinosaurs in Modern Warfare 2 was embarrassing and a black mark on my career. The addition of Dinosaurs and turtles (the modern day dinosaur) are a high priority on the feature list of Modern Warfare 3.

These questions certainly help answer some of the questions that the community has had, with a lot more of them still churning in our minds. You can check out the full discussion over on Reddit, and let us know what questions you still have about the game! Who knows, maybe Mr. Bowling will answer your questions as well!

You might also be interested in reading about Call of Duty Elite and Leaked Multiplayer Details for MW3!