Two of Team 17’s last-generation ‘Worms’ games, Worms 3D and Worms 4, will be following the long line of HD remakes and making their way over to Xbox 360 with a new collection called Worms Ultimate Mayhem. 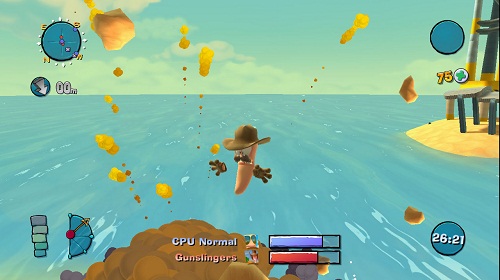 While the ‘Worms’ series has been around for ages (the first ‘Worms’ came hit PCs back in the mid 90s) these two titles marked a more recent departure from the classic 2D formula for a foray into the third dimension.

The added dimension enabled players to have more control when positioning their team of worms on the battlefield than the 2D entries into the series, but it also meant that players had to take a lot more into consideration when aiming their weapons.

While there were numerous flaws and quirks with the system, this time around Team 17 promises to iron a few of these out. Camera controls and handling will receive a bit of a makeover, as will the voice acting. 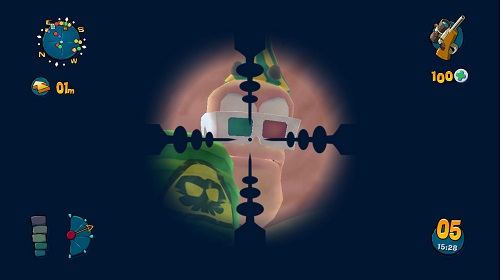 According to sources, Worms Ultimate Mayhem will include all 60 solo missions that the games offered, as well as a total of 38 different weapons and the option to play with up to four other players online.

New content will be available for both titles, though not word yet on what that might be.

Worms 4 was originally released on the PS2 while Worms 3D was an original Xbox game. The Ultimate Mayhem collection will be released over Xbox Live, though no official release date has been specified at this point.

Also, be sure to read Assassin’s Creed Embers Coming to Xbox and Red Dead Redemption is Back with Free DLC.