Torchlight 2, the highly anticipated dungeon crawler being developed by Runic Games, will be coming to PC but might not make it to Xbox 360. 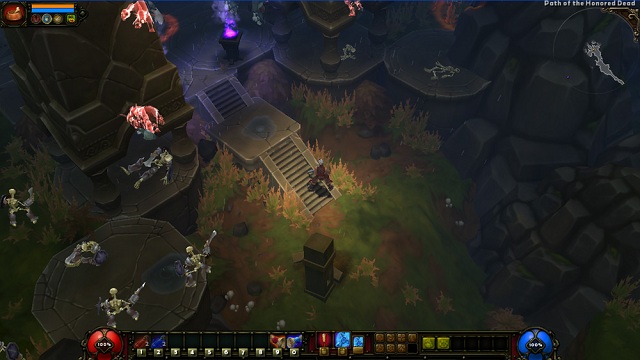 The game in its current state, according to sources, will not be able to be ported to the Xbox 360 due to the console’s memory limits. Max Schaefer, CEO of Runic, cied that because of the plethora of additional content and features being added into the sequel that the game will simply be too large to port to the Xbox 360 unless they make some major changes to its design and format.

This isn’t too hopeful, considering the first game barely even made it to the Xbox 360 due to its immense size and structure.

This comes asa bit of a downer for fans of Xbox Live Arcade’s original Torchlight port, who were hoping to see the franchise make a solid return with multiplayer and other features. Considering that the first Torchlight stole more than a few hours from our lives, the second would have offered us the potential to lose ourselves in a dungeon crawl, this time around with friends.

On the bright side, Runic hasn’t outright ruled out bringing Torchlight 2 to the Xbox 360 in one format or another. It’s possible that the Xbox 360 will receive a highly stripped or modified version in the future, but regardless console owners will not be able to enjoy the same game that Mac and PC users will be able to.

So, things lookg a little dead in the water at the moment. At least Xbox 360 owners can rejoice knowing that Crimson Alliance is on the horizon and should be able to tide our dungeon crawl fever over for just a little bit.

In other more positive news, Borderlands 2 will see a 2012 Release and Worms 3D and Worms 4 receiving an HD remake for consoles.