Star Trek Game to be Unveiled at E3

Paramount Digital Entertainment will be revealing the “definitive Star Trek gaming experience” this year at E3 with a game simply titled ‘Star Trek’. 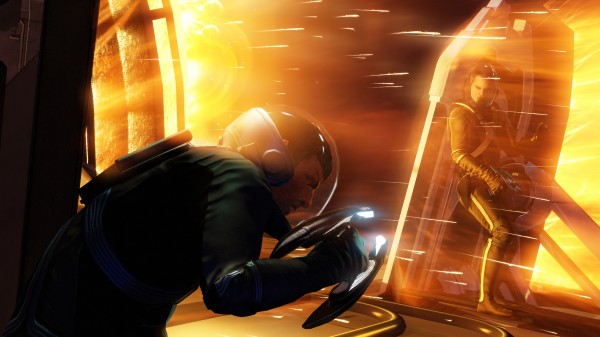 Currently in development by Digital Extremes, a company composed on many industry veterans who have worked on titles ranging from Unreal Tournament to Bioshock 2, the game is a sequel of sorts to the recent popular Star Trek reboot directed by J.J. Abrams. Designed as an immersive coop experience, players will take on the roles of James T. Kirk and Spock as they battle against a yet to be revealed race which is threatening to the galaxy.

It is safe to say that the developers are hoping this game reboots the Star Trek gaming franchise in the same vein that the film reboot did. Recent Star Trek games have largely fallen flat, with 2010s Star Trek Online MMO receiving decidely mixed reviews. Cooperative action games seem to on the rise however, so perhaps this title will be able to live up to expectations.

The story for the new game was written by Marianne Krawczyk, the writer of the God of War series, who worked in close association with several authors who have published books in the Star Trek universe. The game will feature several episodes from “fanfiction” as well as some other surprises.

More details will be released this coming week at Paramount’s booth at E3. According to sources, the release date is slated for some time in 2012.