All those who like playing spooky games like Half-Blood, FEAR2, The Darkness……., here is a xbox mod that will just go well with your gaming. This mod is overlaid with skulls from top to bottom, I mean the whole mod is covered with black and white skulls and nothing else! 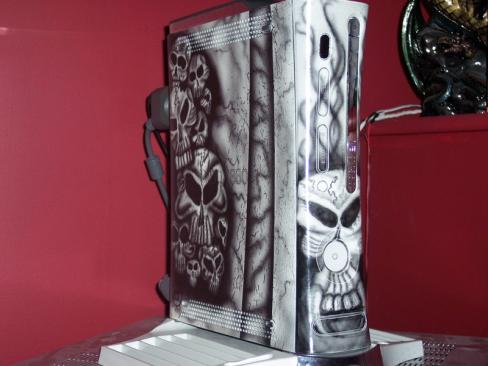 Even looking at this Xbox 360 mod would send chills down your spine, the perfect thing for all those spooky, bloody, scary freak gamers out there. Unlike most of the designer mods available now-a-days, this one is a cut above the rest as it is a highly unusual design made specially keeping in mind the need of such gamers who like to live off the edge of reality.

As far as I can dig into this matter, the fact that the creator of this cool mod is still unknown, which adds to this mod a quite spooky feeling and a mysterious aura. I say all those folks who like deathly games this is a mod you would rarely want to miss, imagine the most devilish aura being emitted from your xbox console even as you play your favorite spooky games and the look on the faces of your friends once they see your new mod.

So have a spine chilling experience with the spooky xbox mod created by Anonymous. 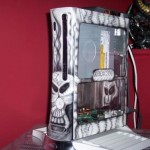 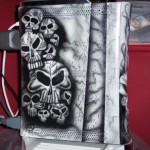 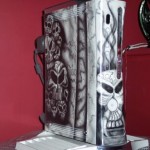