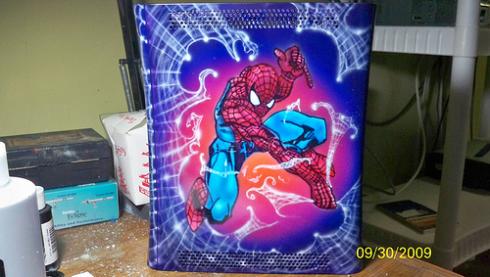 However, Spiderman seems to be the single most popular character from the list of characters in the Marvel Comics Universe. Here is a beautiful Xbox 360 Case mod inspired by Spiderman which has been created by Largomods.

With Spiderman ready to fly into action, the Xbox really looks awesome and what appeals to me the most is the web that has been spun artistically around the corners of the console to make one believe that it is for real! 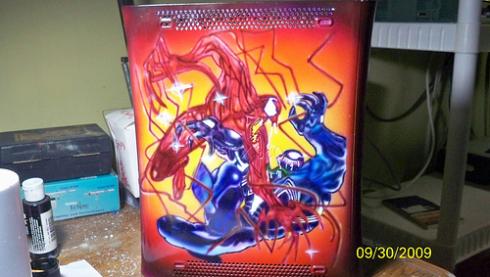 The Venom Vs carnage Xbox 36o Case brings the other two famous characters from the Marvel Comics universe to Xbox 360 consoles. Perhaps you might not realize but it is difficult to customize a console so artistically and that it might be really hard to get one for ourselves.

Nevertheless, both the Xbox Case mods looks pretty realistic and any Marvel Comics Universe fan would admit that they are a must-have! If you prefer Batman to Spiderman, and if you loved the evil Joker from there, you should take a look at the Joker Xbox Mod. Halo fans might be interested in the Halo Xbox 360 Mods.