Being a drummer has always been tough, first you have to deal with the incredibly hard beat lessons and secondly there are the neighbours who keep on complaining about the noise and other stuff, it gets worse when both start to get over you at the same time, imagine trying to get a beat right amidst the screams of your neighbours to shut up. Being a drummer myself, I know that the condition is no different for the drummers who play the Rock Band. So some really cool ingenious person came up with the idea of damping the tap-tap sound of the Rock Band drum set with a covering made of acrylic yarn. 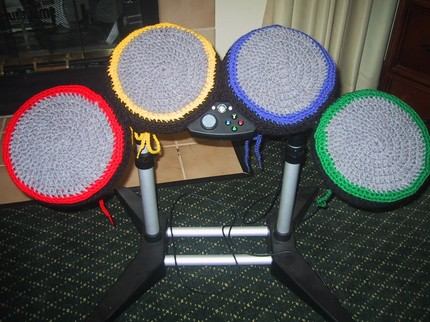 The custom crocheted rock band drum kit cosies fit perfectly over each individual drum pad, tying underneath, to prevent that tap tap tapping from annoying the neighbors. The cosies do not interfere with the drum play in any manner and have reduced the tap-tap noise to an audibly low volume. The cosies come in the standard four colors of the Rock band drum set- Red goes over red and so on.. 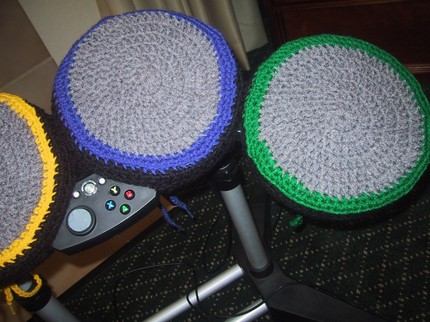 The best part is that these cosies fit perfectly onto any edition and any platform of Rock Band be it PS3, Xbox or the Wii. The whole set is hand woven by FunkieFresh and sells for $40.00 per set, that includes all the four cosies. Sadly there is no such item available for an actual drum set that can lower down it’s volume. 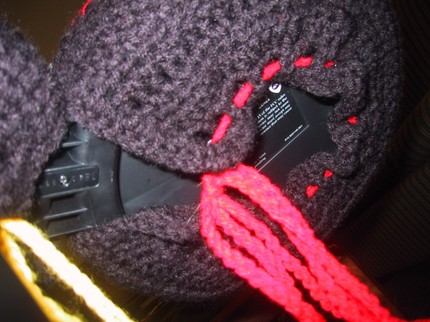 If you are not over the Rock Band fever yet, then check out the Beatles Rock Band Mod, it will sure get you over the hill. 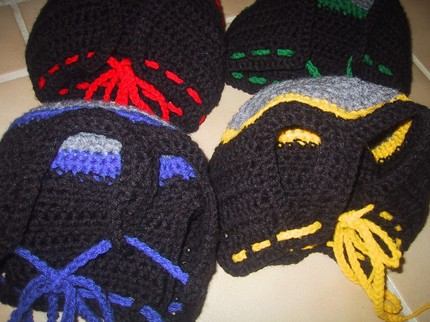