Sometimes while browsing we run into the most weird or bizarre stuff ever. One such example is Richard’s Xbox Mod. The pictures that he has uploaded on Picasa do not give any information about the mod, or what it is all about. 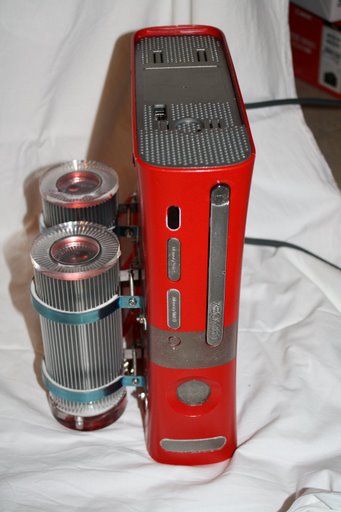 The Xbox case Mod however looks amazingly cool and Richard does not need to explain anything in words. The bright red case and the two cans or canisters attached to the Xbox on the sides make the console look like it is some kind of lethal weapon.

In fact, you might mistake the Xbox mod to be a dangerous bomb that also doubles up as a rocket, and that it could fly off and blow anyone anytime! The red colour only adds to the deadly look of the case and it makes the console look totally cool.

He has also used a lot of metal pipes and other such things in order to make it look cool. On one hand, it looks like a lethal weapon, but on the other it could also be meant to look like a life saving piece of machine that is carried on the backs of mountaineers.

Perhaps the Xbox mod was designed to look like Oxygen containers. Whatever the case or the initial plan might have been, this is one of the coolest Xbox case Mods I have ever seen.

You could check out the Gears of War Xbox Case Mod, if you love playing that game. The Benheck Xbox Laptop Mod is totally out of this world and is something that is very unique. If you are into gangsta stuff and hip-hop, you would love the Hip Hop Xbox Case Mod. 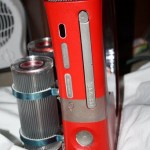 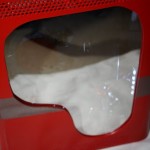 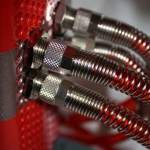 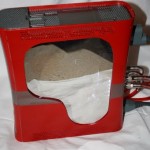 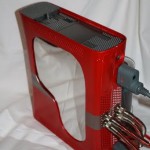 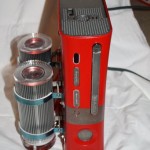 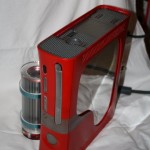