Quantum Break Gameplay Shown Off At The VGX Awards 2013

An Xbox One exclusive by developer Remedy, gameplay of upcoming title, Quantum Break, has now been shown off at the presentation of this year’s VGX Awards. 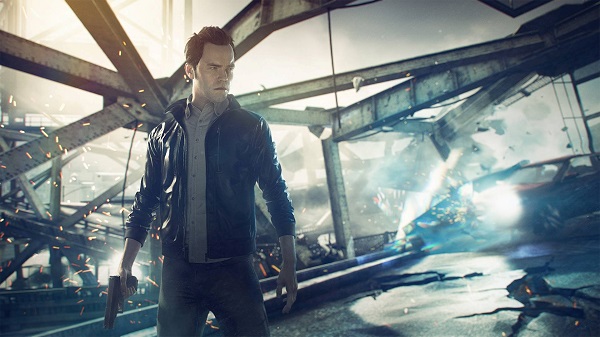 With the Xbox One positioning itself as an ‘all in one entertainment device’, which sees Microsoft’s new, next generation console pride itself on connectivity as well as its multimedia offerings, it makes sense that the games being released on the platform aren’t just gaming entities, with some game properties even having television shows attached to them. It also makes sense then, that such a game would be promoted at the VGX Awards 2013, a televised (although this year’s event was web stream only) celebration of the year in gaming. Of these games that have TV show backing too, is Quantum Break, an Xbox One exclusive, being developed by Remedy Interactive, that quite fittingly, had much gameplay to show off at this year’s presentation.

While you can watch the Quantum Break gameplay footage from the VGX Awards above, those out of the loop can read the following to get a plain grasp as to what the title is about: in short, a university experiment results in ‘time being broken’, resulting in the story and the gameplay (as well as the title, clearly) of Quantum Break’s sci-fi adventuring. Students, Jack and Beth, take advantage of this, being able to manipulate time in some way as they aim to take down a shady corporation called Monarch. However, it won’t just be down to their super powers to save the day as there will be plenty of cover-based shooting too, as shown in the gameplay footage.

Not only this, but the overall ‘bad guy’ talked about in the video, the CEO of Monarch, will also be a playable character, suggesting that perhaps, he too, was affected by the time breaking events at the university and could possibly have powers along with Jack and Beth. There’s not much else known about Quantum Break as of yet but as Remedy seem to be channelling all of their game development knowledge into this thing, so we’ll be surprised if it’s anything short of amazing upon release.