As confirmed by a member of the game’s community team, upcoming free to play Xbox One title, Project Spark, will not require an Xbox Live Gold subscription. 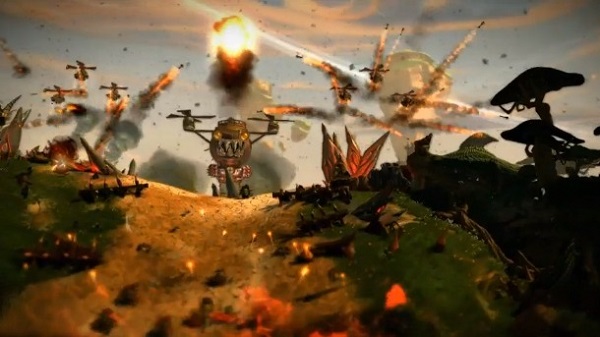 These days, there’s no such thing as a ‘free lunch’. Online products come with free trials that will bill your credit card the minute the clock hits midnight, free coupons come with the requirement that you take a 45 minute survey and that 40-inch plasma TV that you lifted from the electronic store last week? That definitely wasn’t free, according to the police officers… Jesting aside, the ‘freebie with a catch’ is not a foreign concept, particularly in the world of gaming, where free titles often either flood players with ads, lock their levels behind paywalls or require you to fork out for mandatory add-ons. However, one game that is keeping its free to play promise is Project Spark, an Xbox One title that’s during the console’s launch window, that, as the developer explains, won’t cost you an extra dime to play.

Speaking to a Reddit user in response to their concern that Project Spark’s world building gameplay would be behind one of those aforementioned paywalls, Mike Lescault, the Project Spark’s community manager, silenced doubters with a post on the Xbox One Reddit forum. Resolutely stating that “You do not need an Xbox Live Gold account to play Project Spark” making things clear for those with worries about the game’s payment methods.

Not only this but Lescault made a statement preserving the free to play nature of the game’s extra features too. While Project Spark allows players to program in-game objects and build waterfalls, mountains as well as being able to input other types of terrain too, it also allows players to manipulate these via the Xbox One’s Kinect voice sensor and via Microsoft’s Smartglass feature, which brings touchscreen mobile connectivity to the game too. Lescault said that “You will not need a Gold subscription to play Project Spark for free on any platform.” meaning that additional costs will not be required of players who want to get the most out of their Project Spark playing experience when the game goes live on Xbox One as one of the console’s launch window titles.

Read more on xboxfreedom, Halo 3 Being Gifted Free to Xbox Live Gold Users in October, Microsoft Claims Reports Of Data Mining Via Kinect Are “A Misinterpretation”