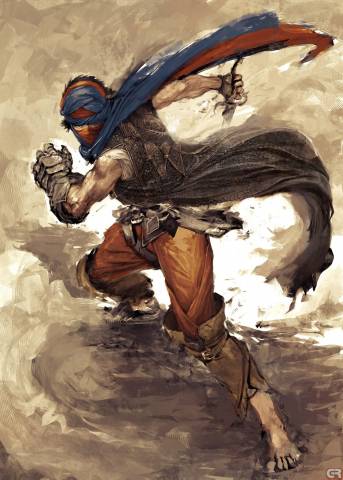 Prince of Persia has always been a favorite of mine, and the Xbox 360 one is an amazing game with plenty of great cheats, codes and unlocks. We have gathered here a list of Xbox 360 Cheat Codes for the new Prince of Persia game that could assist you to get the most of the including some fun extras, skins and achievement point to enhance the video game.

To use this Prince of Persia Cheats for the Xbox 360, you either need to enter a code, pass a level, or beat a certain boss…simple enough, isn’t it?

– Prince of Persia Altair Skin –     Select ‘Y’ at the main menu to receive Exclusive Content. Once you create a Ubisoft account, you can choose new “Altair Skin for Prince” to unlock.
– Sands of Time Skins – just enter “52585854” in the skins manager menu.
– Jade skin From Good and Evil requires you to beat the game once.

These are to show what achievement and points you receive once a move, area, or task is done.

From High to Low:

Be gentle with her – Elika saves you fewer than 100 times in the whole game.

To be continued…End of the Game.

Combo Specialist is Received when every combo in the game is found.

Light Seeds master is true after you collect 1001 Light Seeds.

Saviour of the City of Light provided at the Final Healing.

City of Light Runner is available when you complete the Fertile Grounds run in the Tower of Ahriman and City of Light in just 7 minutes (or less).

Royal Palace Runner is available when you complete the Fertile Grounds run in the Royal Gardens and Coronation Halls in just 4 minutes (or less).

Heal the Land at the First Healing.

From Darkness to Light! is done when you re-imprison Ahriman.

Now who’s the Hunter? is shown when you Kill the Hunter in his own Lair.

Sword Master is named after you do a 14 hit combo.

Traitor’s End is after you Kill the Alchemist in his own Observatory.

Alchemist Special is true if you end up defeating the Alchemist without the use of the acrobatic button.

Vale Runner is available when you complete the Fertile Grounds run in the Construction Yards and Heaven’s Stair in just 6 minutes (or less).

Warrior Special is granted after you dodge 20 Warrior’s attacks in one single battle.

Block Master is after 50 attack blocks.

Concubine Special is done by beating the Concubine without the grab.

Death of a Concubine is by killing her in the Palace.

Death of a Warrior King in his own Fortress.

Explorer is true after every part of all regions is explored.

Hunter Special is given after you deflect 5 Hunter Attacks in one single battle.

Climbing to New Heights is after you found the highest point in the world.

Assassin View is found: Wrapping around the Martyr’s Tower are stairs which lead to that area’s fertile grounds. Halfway up these stairs is a suspicious looking beam. Put the prince dude and the Persian princess (Ormazd is the light god of the old Persian faith) on that beam for this task to register.

Getting to Know Elika by talking to her.

Good Company by studying Elika’s History and of the world

Improviser after using the environment and scenery at an enemy

In Harmony after 500 coop jumps.

Into the Storm by entering the Canyon.

Have some Precious Time by taking one minute to think.

Saved is after you Unlock Elika’s Saving Ability.

Sinking to New Depths! once finding the world’s lowest point.

Speed Demon is if you finish the game in less than 12 hours.

Speed Kill is after you 10 generic enemies prior to them spawning.

Throw Master is achieved after you throw 10 Ahriman Soldiers into pits.

Titanic view after finding it: The Machinery Grounds’ fertile grounds is on a giant airship. Put the prince dude and the Persian princess (Ormazd is the light god of the old Persian faith) on the ship’s prow beam for this task to register.

Up against it is once you Win a wall mini-game in combat.

Wallrunner after you Complete the Canyon.