Bethesda recently released a trailer for Prey 2, signaling a continuation to the cult classic franchise created by the now defunct 3D Realms Studios. 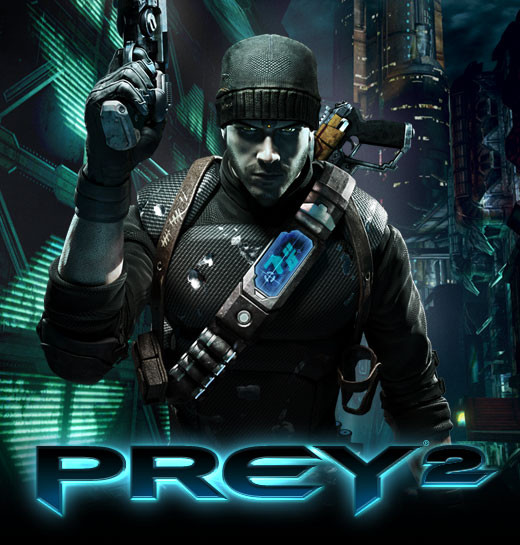 Bethesda, the company known for the Elder Scrolls series, Fallout 3 and the recent team based shooter Brink looks as though it will be abandoning some of the wackier features found in the original Prey. Players will no longer take control of a powerful Native American survivor battling against his alien abducters. Instead, players will find themselves in the shoes of a bounty hunter named Killian Samuels, who escaped the abduction event in the first game.

The dread at being alone in a foreign environment as well as the ability to create portals in order to solve puzzles seem to have been abandoned in terms of something far greater in scope. Players will instead find themselves on a strange alien world, making their living in a dangerous society by hunting criminals and collecting bounties.

The tile certainly looks more action oriented and character driven than the original and, dare we say it, like it borrowed some art design from the Mass Effect series. Rumours have it that the game will play out something like Batman: Arkham Asylum, and if that’s the case, then the game looks like it will be heading in a bright new direction. At the very least, what could have been but a minor blip on the radar now looks like a promising new title.

While Bethesda is hardly known for delaying its project, one can only hope that the sequel won’t be trapped on the drawing board in the same vein that most of 3D Realms past franchises have. Expect to hear more about this upcoming release at this week’s E3 as more announcements are made. Provided the franchise doesn’t go down the same path that made Duke Nukem Forever so infamous, the title is currently scheduled for a 2012 release.