Play Tropico 3 and Be El Presidente of Your Own Banana Republic!

If you are familiar with the concept of banana republics, you would have heard how hard living conditions are there. Most of these republics were coffee and other cash crop growing Caribbean nations which suffered under military dictators. With Tropico 3, you could play an amazingly cool game which deals with the situation of a Caribbean Island that is ruled by a fruitcake. 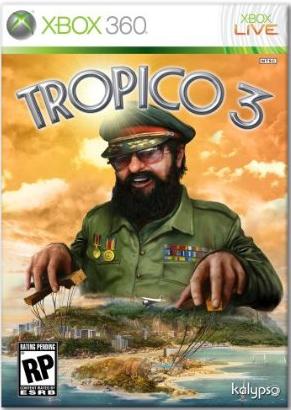 You could play as El Presidente and give populist speeches, intimidate rivals, and enjoy a relaxed Caribbean and tropical lifestyle. It is your choice, whether you want to turn your island into a tropical island, vacation paradise, prosperous industrial nation or prison for the masses. It comes with 15 unique and challenging missions which allow you to explore gorgeous and 3D worlds in the banana republic.

It even comes with a timeline editor, an online functionality, Latin music and other fun stuff which make you feel like you really are the president of a Latin American banana republic. Tropico 3 is expected to be released on February 2, 2010 and is one of the most eagerly anticipated games. It would cost $42.98. If you would rather familiarize yourself with the bad 60s, play the Ride to Hell!