After the recent terrorist attacks in Norway, many families and friends are concerned for their loved ones. One major chain of stores, though, seems to be more concerned about pulling titles from their shelves that display the “negative effects of games like these.”

I speak on behalf of the Xbox Freedom community when I say that out prayers (from the believers) and thoughts (from the non-believers) are with the people of Norway. While they certainly need as much help as they can get, this is probably not the kind of help they had in mind. For those of you who do not know, a terrorist attack in Norway targeted a government building and youth camp where 77 were killed. The media reports that retailer Coop Norway will stop carrying 51 game and toy brands, including Homefront, Sniper Ghost Warrior, Counter-Strike Source, and the Call of Duty series, as well as popular MMO World of Warcraft. The decision comes after the suspected attacker, Anders Behrring Breivik, mentioned his habits of playing popular titles like World of Warfract and Call of Duty 4: Modern Warfare in his rant-like 1,500 page document, written before his attack.

In a newspaper report that was translated by VG247, Coop Norway director Geir Inge Stokke said that, “The decision to remove the games was made around the time we realized the scope of the attack. Others are better suited than us, to point to the negative effects of games like these. At the moment it’s [appropriate] for us to take them down. I wouldn’t be surprised if others do the same. We have to think very carefully about when to bring these goods back. The economy involved is of no importance.” 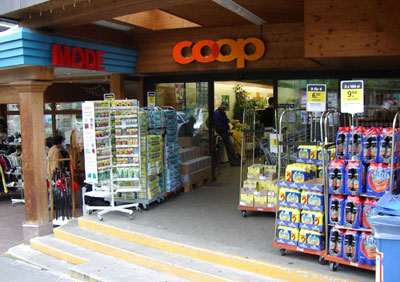 The talks of games being the source of much destruction and aggravation has long been the talk for many people around the world, and will possibly never be fully solved. Although it is hard to surely say if video games cause people to want to go out into the real world and cause destruction and chaos, it is only natural for human beings to look for a tangible source for the anger. What does the community think of these actions, or what do you think of people blaming video games at all? Tell us in the comments, and also check out Red Dead Redemption to Receive Free DLC and Worms 3D and Worms 4 Receiving HD Remake for the Xbox 360!