Zombie Apocalypse is back with Never Die Alone for Xbox 360

Zombie Apocalypse: Never Die Alone is the follow up to 2009’s Zombie Apocalypse four player cooperative Zombie shooter for Xbox 360, and it looks like they are stepping it up a notch in this sequel! 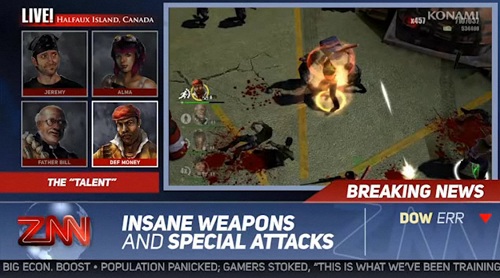 Just when you thought you couldn’t destroy anymore undead, the guys at Nihilist Software are tossing you and three friends back into the mayhem with a sequel that promises to offer more content and addictive gameplay than the original. Check out the recent Undead Trailer.

Building upon the massive success of the first title, this time around players will be able to enjoy the same level of carnage but with larger levels, more mission oriented gameplay and even a persistent character levelling system.

Nihilist is promising that the levels won’t be one shot affairs anymore, meaning that you get to keep all those weapons you pick up and then start fresh the next level. As well, the characters this time around promise to be more than just aesthetically different, with classes that players can switch between to optimize their zombie killing frenzy.

With a persistent levelling system, players won’t just be competing for high scores anymore or working together for extra lives: every zombie you destroy makes you slightly stronger. Players will be able to unlock new powers and abilities, which will be nice if they ever plan on defeating some of the new uber-zombies that they will be encountering. 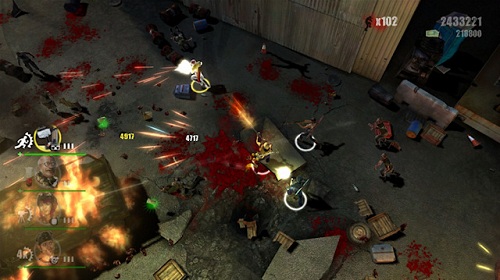 I can see these light RPG elements turning this sequel into one heck of a good party game. Get four friends either on the couch, or four separate Xbox 360s and grind away at the undead until daybreak. As if the first game wasn’t addictive enough!