Naval Assault: The Killing Tide Brings Back The Golden Era Of Submarines

David Bunshnell is a name which I donâ€™t think many people know but his creation is something which everyone wishes, they could have a ride on. On 1776, he was the man who was responsible for inventing the submarine and from that day onwards, submarines have been an integral part of wars & also sea research. The submarines had also played a crucial role in World War II. So getting inspired from the mightâ€™s of a submarine, 505 Games have created this killer gamer and has been given a catchy name like â€œNaval Assault: The killing Tideâ€. 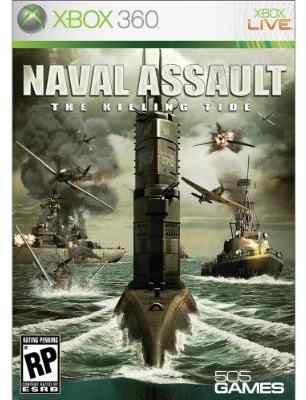 The plot has been set up in the World War II era and is of a Strategic genre. The story has been shown to being in New York harbor where the Axis forces are not letting the Allied submarines go across them to the key navel warzone.

The player is going to be the captain of a carefully recreated U.S. Naval Submarines and has to survive the fury of enemy ships and whilst the assaults from over as well as under water.

These assaults will be done by the cunning artificial intelligence (AI) letting the game play adapt to an incoming assaults. With a huge dose of stealth and cunningness, the game will also test the players’ shooting abilities.

The game is filled with surprises and gives the gamers exciting twists from time to time. I have a feel that it will be bang on target as soon as it releases. It is available for the price tag of $49.99 and is exclusively for Xbox 360 playerâ€™s enjoyment.

You can also check out games like Max Payne 3 and Mass Effect 3, as they might please you.