Gears of War is one of the most popular games on the XBox 360, and there are certainly many reason for its popularity. Being a 3rd person shooter video game, it focuses on the soldiers of Delta Squad who fight to save humans on the planet of Sera. 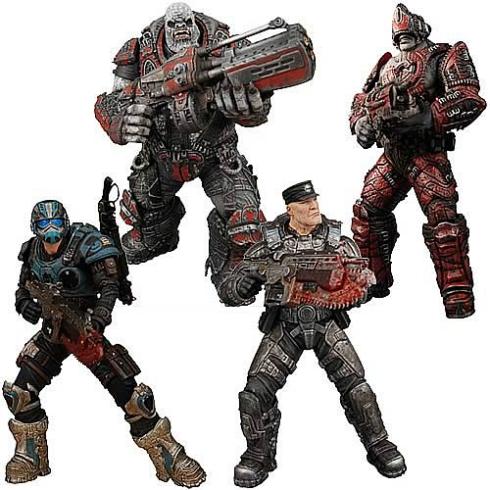 Players take up the role of Marcus Fenix, and they fight the subterranean enemy Locust Horde. The Gears of War Series 5 Action Figure Case is an amazing gift to anyone who loves the game, for it comes with 14 action figures based on the Gears of War game.