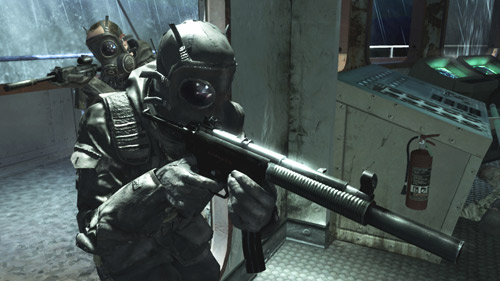 Activision demonstrated two notably different levels from the campaign. The first was a mission called Hunter Killer, in which players, in typical Call of Duty fashion, began the mission in an eery set piece exposing them to a slow crawl towards the mission objective. In this case, the mission began underwater with a team of navy SEALS as they moved towards a submarine lurking at the end of the tunnel.

What was remarkable about this opening segment was the level of detail which went into creating the set piece. Players brushed aside debris, and even floating bodies, as they swam forward in the dark. Upon reaching the submarine, explosives were planted, and they swam to the surface to briefly escape the explosion.

At the surface, the city was afire with helicopters and other vehicles taking part in a full fledged war. However, before getting into that action, the demo cut and players then found themselves inside the submarine, moving in for some close quartered action.

The second mission demonstrated was one called Mind the Gap, which began with players infiltrating a warehouse and covertly taking down enemies. After marking several targets a friendly attack helicopter moves in and lays the place to waste.

Further one, the demo cuts to a chase scene taking place in a crowded subway car. The mission switches to more of an on rail shooter at this point, though with incredible detail. Civilians run and take cover, as platforms whip by at dizzying speeds. All the while the usual epic Modern Warfare soundtrack booms overhead. 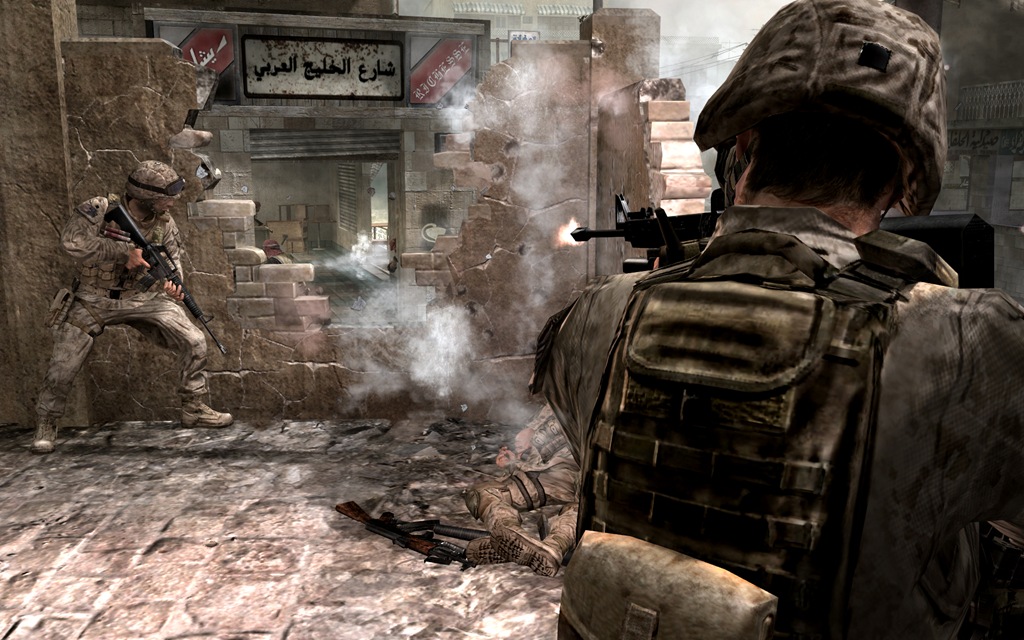 Overall, the third entry into Activision’s mega franchise looks like it will largely be taking its queues from the previous two entries as well as Black Ops. It’s no surprise, developed by Sledgehammer Games and the recently shuffled Infinity Ward, the foundations for greatness have already been laid in the previous games.

A few graphical improvements have also been implemented, such as better motion blur, water effects and other tiny details that made it into Black Ops and not Modern Warfare 2.

On the whole, players should expect more of the same great Call of Duty experience that they have come to cherish and grow addicted to.