Microsoft to Release new Xbox Music Service in the Fall

Xbox Music will debut this fall, offering Xbox 360 users a brand new music service, most likely based off the curreny Zune marketplace. 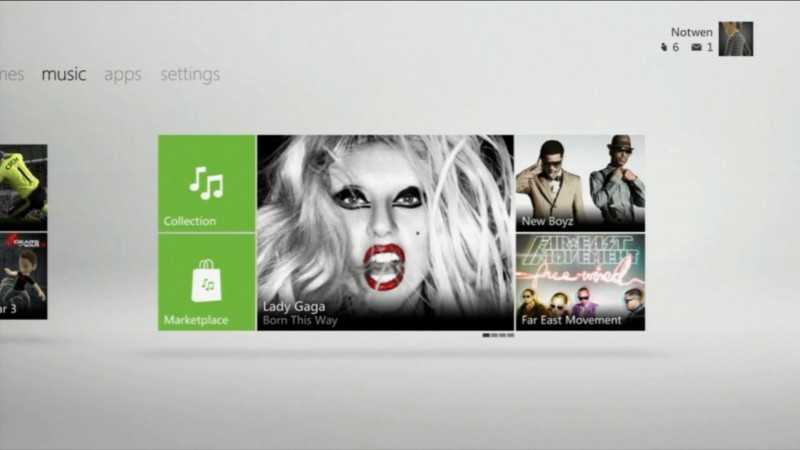 Playstation owners have longed enjoyed the benefits of a decent music service, and visualization program, on their console while Xbox 360s have largely been left to act as glorified CD players. However, according to sources, this new feature for the Xbox 360 will have approximately 11 million songs available for download upon release which will offer Microsoft’s console users quite a wide listening experience.

One notable feature that will be exclusive to the Xbox 360 will be the addition of a voice recognition based search function, that will be available through Kinect functionality. There are no details currently on what this feature will entail, but the possibilities are quite thrilling.

Finding songs by stating the artist name or song title will be a guarantee, but one has to wonder if there will be advanced functionality such as the ability to either say lyrics or hum a tune and have Xbox Music search its database based off those clues.

Overall this addition is part of Microsoft’s larger scheme to turn the Xbox 360 into a complete home entertainment center, rather than being labelled exclusively as a hard core gaming console.

Coming later this year, Microsoft also plans on adding Youtube functionality, along with Bing searches (which can also be used through voice recognition) and live television streaming.

In other news, be sure to read Bethesda Announces Dishonored – First Person Steal Action / Adventure and Call of Duty Elite – What to Expect and Will it be Worth it?