If the Bioware announcement is to be believed, the sequel to the Mass Effect trilogy, Mass Effect: Andromeda, is supposed to come out later in 2016. And yet there’s really very little we know about the game, which will come out on Xbox One among other platforms. 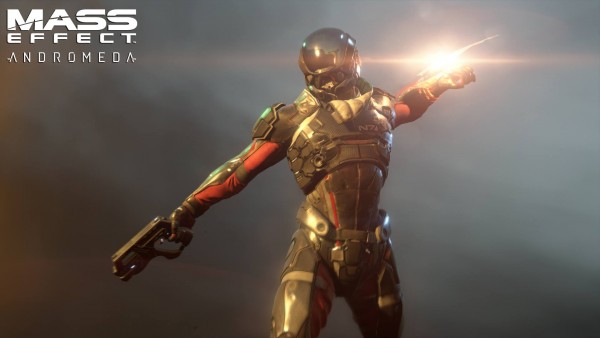 Andromeda is allegedly coming out some time in quarter 4 of 2016, but we’ve come to learn from previous games by Bioware and other publishers that these dates are flexible. There’s some growing concern among fans about a setback due to the lack of information coming our way, but the company insists that they’re on schedule.

Cameron Lee, a Bioware developer, is slightly breaking the deadlock of information flow through his Twitter account. Not a lot of things to tell the awaiting public, be he did tweet that he just finished playing the first hour of the game, and it was quite fun because he got to shoot stuff in the face.

Lee also made a few points about the company’s new IP which it’s working on but other than that, it’s still very much a secret. From time to time there’s bit of info coming out about the company working on the game and moving along, but either they’re really doing a great job of keeping everything under wraps, or simply they’re not that far along with the game in order to release something.

Bioware have repeatedly stated that this isn’t Mass Effect 4, and the original trilogy has concluded. This is a new story in the Mass Effect universe, taking place long after the events of the Mass Effect 3 ending, taking place in the Andromeda Galaxy. From Bioware: We knew we wanted to start with a foundation composed of the best parts of any Mass Effect game: exciting new worlds to discover, great characters, and intense action. At the same time, we clearly wanted to expand the definition of what you should expect from a Mass Effect game.

The trilogy started in 2007 with the original Mass Effect game and the main storyline concluded in 2012 with Mass Effect 3. According to VG sales wiki, it has sold over 10.5 million copies. For those who haven’t played the game, it’s highly recommended. The Mass Effect trilogy costs $29.90 on Amazon.