We all know how cool it has been playing Marvel Vs Capcom which was launched was back in 2000. The fighting game has reached a cult status of sorts and the super moves in the game have become almost legendary. With about 50 characters available for play, the game features a rich gameplay and there is no chance for monotony and boredom. Marvel Vs Capcom 2 will come on Xbox Live later this month and will sizzle this summer. 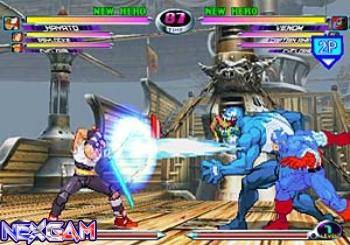 The highlight is the Online play which would make sure you do not go out in the sun and suffer a heat stroke. If you have about 1200 Microsoft points, you could claim the game your own or if you are willing to spend $15 it is yours again. The reason for the game’s popularity is the large list of characters from the Capcom world. Until now, people paid around $100 on Online auctions in order to get hold of original copies for PS3 and Xbox 360.

I guess it is time that we had Marvel Vs Capcom 2 on Xbox as we have all waited too long. This summer seems to be really happening for Xbox fanboys and fangirls as there is a plethora of games set to be launched. The Battlefield 1943 would bring some good old fashioned blood and gore to the Xbox. Alien Vs Predator trailer was launched and we may only guess what else is in store for Xbox users.