Upcoming RPG Kingdom of Amalur: Reckoning is looking like it will be a Western-style RPG designed for the hardcore gaming fans inside us all. 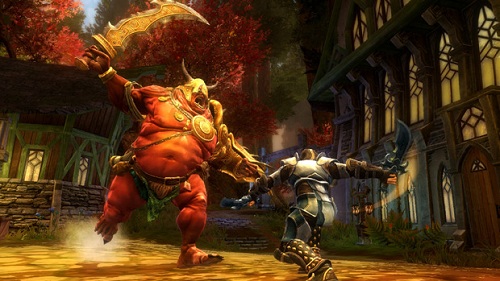 On the surface level, Kingdom of Amalur: Reckoning looks a bit like any of those standard (ableit, pretty) action adventures that seem to periodically litter the Xbox 360. However, once you go beneath the surface there is surprising amount of depth that this game is will be offering.

The game is set in the Kingdom of Amalur (where else), a world that while fictional nevertheless has a well documented 10 000 years of history, filled with events and characters that will play a backdrop to the overall story of Reckoning. Players will have a large amount of freedom to explore their world, travel across the many a wide variety of forests, deserts, dungeons and the link as well as meet tons of interesting characters.

What separates the characters and dialogue segments in this game from others is the heavy emphasis placed on choice. Like in Mass Effect, you will have a dialogue tree where you can decide which answers to give and affect how the story plays out. 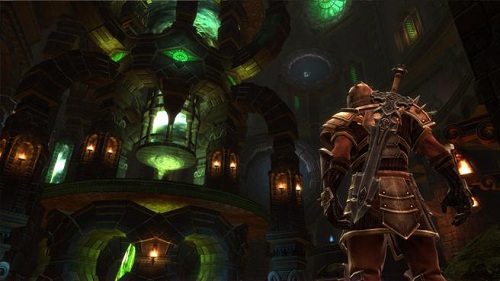 Also of note, many of the various characters in the game who offer questions belong to one faction or another. Completing quests with certain factions will help you form allegiances with them, and earn you greater rewards from them in the future.

One thing that is refreshing is how this game approaches the traditional class system of RPGs. Instead of forcing you to pick a class at the start and see through it to the end of the game some 40 hours later, players in Reckoning will be able to adapt their skills based on their needs and play styles. By taking the time to learn skills out of your field, you can either specialize in several areas such as being able to cast incredibly powerful spells, or become a jack-of-all-trades.

Combat-wise the game will play very much like a hack and slash. Combat promises to be smooth and fast paced. Your actions are mapped to the letter buttons, with more available by holding down either trigger. Players will be able to roll, dodge and parry enemy attacks, and maneuvre around the battlefield. Here’s hoping to combat doesn’t turn the game into a button masher like many action rpgs become.

Kingdom of Amalur: Reckoning will be out in Februrary 2012.

In other news, Resident Evil: Raccoon City will have a spring 2012 release and be sure to check out the GTA 5 trailer.